Bulletin: On March 10 the owners and the Players Association agreed to a new contract, ending the 99-day lockout imposed on the players.

Major League Baseball Players Association (MLBPA) Executive Director Tony Clark hit the nail on the head when he said at a March 1 news conference, “a lockout is the ultimate economic weapon.” 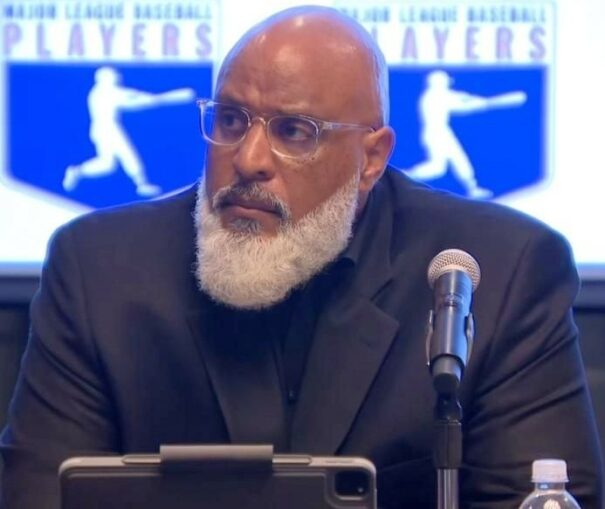 Professional baseball players have been locked out since Dec. 2, 2021, making this the second-longest work stoppage in MLB history. On March 1, Major League Baseball Commissioner Rob Manfred announced that Opening Day games and subsequent games in the beginning of the regular season were canceled. (mlbplayers.com)

Clark explained that where progress has been made, it was on issues the union had offered to discuss as early as May 2021. They could have been resolved before the collective bargaining agreement expired, at which point the lockout was immediately imposed. Union executive board members Max Scherzer and Andrew Miller described union-busting actions by the league.

Key issues include fair compensation for new, young, talented players who are generating huge profits for the owners, as well as the playoff format and other economic and noneconomic issues. The union gave up concessions in the 2016 collective bargaining agreement and does not want to give up more this go-around.

Clark charged that players have been “commoditized,” affirming that “players are very much interested in protecting the game itself.”

It was the MLB bosses who decided to play hardball and lock out the players, a preemptive move to avert a strike. Even mainstream sports columnists and commentators have called out MLB for potentially threatening the whole season. Dayn Perry of CBS Sports denounced the “owners who lie about their finances with tidal regularity, manipulate service time, treat the game as little more than a line item in a portfolio, and in many instances show no interest in competing.” (cbssports.com)

The union is providing locked-out players, who are not being paid, with a stipend and will cover their health insurance if the lockout is not ended when benefits expire April 1.

While the canceled games represent loss of income for players and are a disappointment to fans, the ones hardest hit are stadium workers, many of whom lack union representation.

The MLBPA has set up a million dollar fund to assist these workers. “The funds will be distributed to stadium workers and staff, including concession crews, electricians, janitors, ushers, security and transportation staff in addition to its broadcast crews.” (npr.org) This is real worker-to-worker solidarity.