People who knew about this sordid anniversary in the history of the United States empire marked it Feb. 19. On that infamous day in 1942, President Franklin D. Roosevelt signed Executive Order 9066, which resulted in the mass incarceration of nearly everyone of Japanese ancestry who resided within the United States — over 120,000 people. 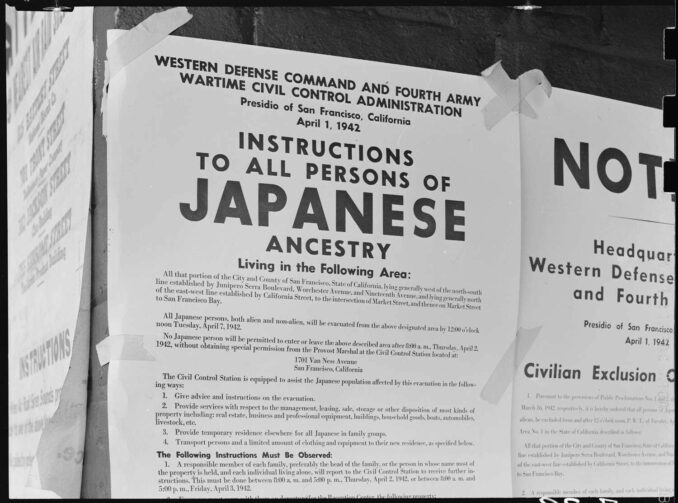 Four months later, the U.S. launched a military campaign to invade the Aleutian Islands, the homeland of the Unangax̂ people and a part of Alaska, then a U.S. territory, closest in North America to Japan. At least 880 Unangas were forcibly removed from their land and “resettled” in concentration camps. According to the World War II Alaska Project, “10% of the Unangax̂ died at these camps due to the deplorable housing conditions, rampant epidemics, medical neglect and a lack of potable water.”

The website of the current state government of Alaska admits: “These Alaska Natives were relocated to six areas in Southeast Alaska, as far away as 1,500 miles from their homelands. Many were housed in old and derelict cannery buildings. Lack of proper food, housing and medicinal care resulted in deaths and trauma for those relocated as well as future generations.” (alaska.gov)

The decision to forcibly incarcerate over a hundred thousand Indigenous and Asian American people, both citizen and noncitizen, coincided with a tidal wave of pro-war propaganda. In the wake of the Dec. 7, 1941, attack on Pearl Harbor by the Japanese Navy, the U.S. ruling class used every tool at its disposal to prosecute a bloody conflict between U.S. and Japanese imperialism for control of the Pacific.

This interimperialist conflict claimed the lives of tens of millions of Native people, Pacific Islanders, Southeast Asians, Chinese and Koreans, along with U.S. and Japanese troops and Japanese civilians.

While we reflect on this grim anniversary, we must understand the massive propaganda campaign that preceded it and made these atrocities possible.

Racism and xenophobia have proved to be grimly effective tools to coerce the working class into a reactionary frenzy. As Workers World has previously reported, “Mass assaults by white mobs on Chinese communities were common in the 19th century, including a Los Angeles attack in 1871 when at least 20 Chinese immigrants were lynched. . . . Legislators, capitalist bosses, whites-only conservative unions and ‘liberal’ white women suffragists used this accusation to pass the infamous 1882 Chinese Exclusion Act banning Chinese workers from coming to the U.S.

“Division incited between oppressed peoples and workers by this racism resulted in the 1982 murder of young Chinese American Vincent Chin, beaten to death by [a Chrysler supervisor and his stepson].” (workers.org, March 23, 2020)

Whether sanctioned by the state or merely tolerated, this xenophobic violence has only continued to rise, as U.S. politicians become increasingly bellicose toward the People’s Republic of China and its growing influence. Over 10,000 hate incidents have been reported to Stop AAPI Hate, an organization dedicated to tracking and reporting anti-Asian American and Pacific Islander hate crimes.

The targets of verbal harassment and physical assault are disproportionately Asian American and Pacific Islander women; they are victims of 61.8% of all reported attacks. “In particular, AAPI women and girls report these hate incidents 2.2 times as often as AAPI men; and AAPI nonbinary people have also reported experiencing heightened incidents of hate.” (StopAAPIhate.org)

In just the last year, there have been multiple racist mass murders, notably the shootings in March and April that targeted Asian women spa workers in Atlanta and Sikh worshippers in Indianapolis, respectively. The Sikh Coalition said at the time: “It was no accident that the shooter targeted this particular FedEx facility where he had worked and knew was overwhelmingly staffed by Sikhs. This was not a crime of convenience or a spur of the moment attack; it was one of methodical planning and selection which echoes the targeting of Asian American spa parlors in Atlanta exactly one month ago. The people that were shot and killed were not random targets.” (workers.org, April 19, 2021)

Workers must strike back at white supremacy

It is not enough to condemn this racist violence. It is the responsibility of workers in the United States to strike back at the source of it all: U.S. imperialism. The capitalist ruling class feels truly threatened by the massive success and growing power of the socialist project being carried out by the Chinese working class, particularly their comparative success in combating the COVID-19 pandemic. Whipping up racist and xenophobic fervor against Asian people in general and Chinese people in particular has shown to be the first step toward bloody conflict.

Workers must likewise keep our ear to the ground and not ignore the seismic tremors of the war drums currently beating. In 2018, the Wall Street Journal published an essay entitled “Russia’s turn to its Asian past,” complete with a caricature depicting President Vladimir Putin dressed in the armor of Genghis Khan charging toward the reader. (WSJ, July 6, 2018) 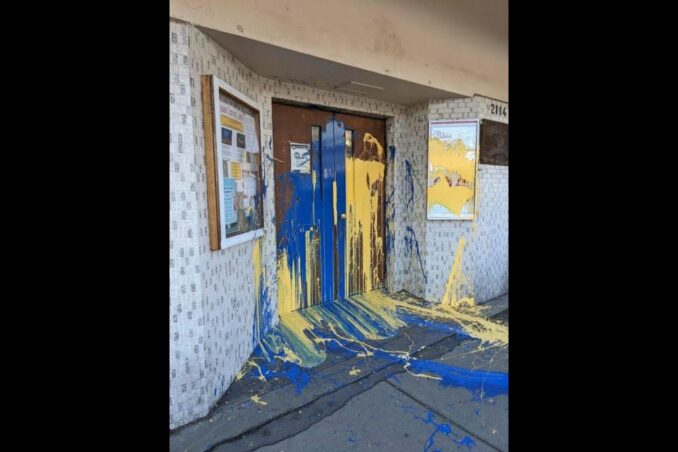 Since the U.S.-NATO-caused catastrophe in Ukraine, social media users have shared stories of being harassed for speaking Russian in public. A Russian community center in Vancouver was targeted by vandals over the weekend, with its front doors smeared in blue and yellow paint — the colors of the Ukrainian flag (Global News, Vancouver, March 5)

We know that as abolitionists, we must tear down the walls that incarcerate 2.5 million of our brothers, sisters and siblings, disproportionately Black and Brown workers who are there for no reason other than they are poor and workers of color. We must fight against the racist propaganda that manipulates our fellow workers into accepting this brutal state of affairs. We have but one enemy, the ruling-class enemy. We have but one war to wage, the class war against capitalism, white supremacy and imperialism.