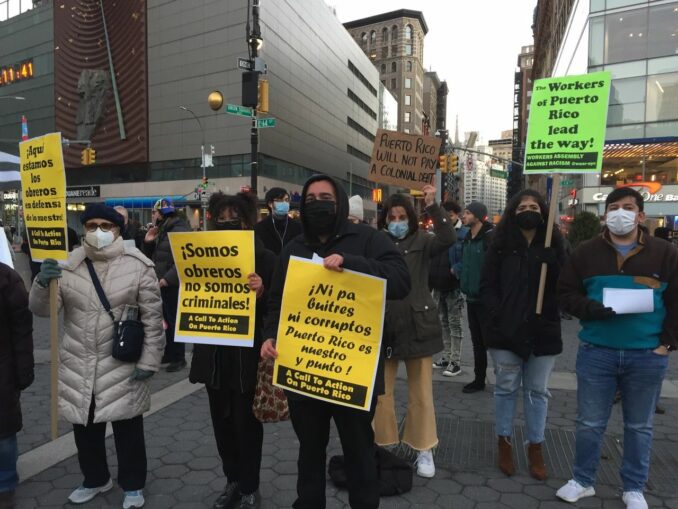 On Feb. 18, a coalition of Puerto Rican and global anti-imperialist groups will rally at Union Square, [New York City], at 5:00 p.m. in solidarity with the workers’ strikes happening in Puerto Rico.

This action calls for permanent, substantial wage increases for the working class, increases in workers’ pensions, the end of austerity policies in the archipelago and the immediate repeal of the Act 60 tax benefits for investors moving to the island.

This solidarity rally emphasizes how the United States’ imposition of austerity policies on the archipelago, combined with the lucrative tax breaks offered to the rich, have come at the expense of Puerto Rican workers. 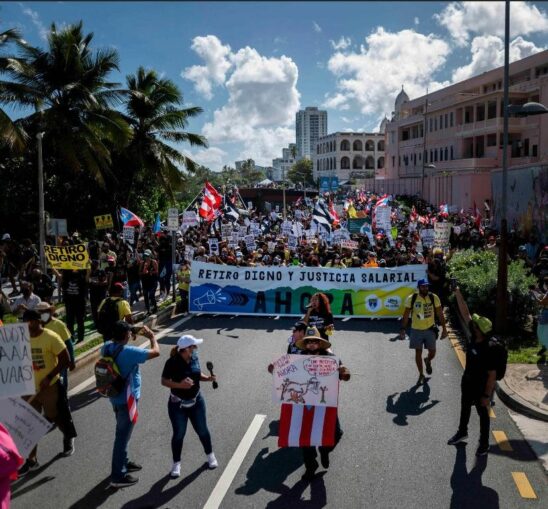 In the last week, thousands of teachers across the archipelago have been striking to demand higher wages, improved working conditions and better pensions. With the current base pay for teachers being $1,750 a month, the Federación de Maestros de Puerto Rico (FMPR) is demanding an increase of $4,000 a month.

These mass protests have resulted in colonial Gov. Pedro Pierluisi, the former lawyer for the Fiscal Oversight Control Board, making an announcement of a temporary salary increase of $1,000 to teachers starting in July, ignoring the other demands such as an increase in pensions. This announcement was a weak attempt to quell ongoing protests from happening.

The Magisterio and other organizations in Puerto Rico have rejected this announcement and have continued their strike. At this point in time, multiple other workers are on strike, including firefighters, restaurant workers and nurses, among many others.

The economic hardship that teachers and other public sector workers are facing is in stark contrast to the lucrative tax benefits and financial gains enjoyed by Act 60 beneficiaries. Though the Act 60 tax incentives have existed in Puerto Rico since 2012 (then known as Act 20/22), the rise of cryptocurrency, as well as the ongoing debt crisis, has made the island attractive to wealthy foreign investors eager to reap the benefits of these tax exemptions and turn Puerto Rico into a crypto hub. Act 60 provides millions of dollars in tax exemptions to eligible investors and businesses.

These tax exemptions are not available to longtime residents on the island. Economists and studies have indicated that these incentives fail to provide meaningful economic growth in Puerto Rico, instead rapidly accelerating gentrification and displacement of locals in the archipelago.

Norma Perez from Call to Action on Puerto Rico states: “Our coalition intends to show what is happening with our families on the Island. Some of us were displaced because the economic crisis in Puerto Rico started more than 20 years ago. With these laws, more Puerto Ricans will be expelled.”

Cyn Rodriguez, spokesperson from Colectiva Solidaridad, highlights that Puerto Ricans, both in the Diaspora and on the archipelago, are ready and mobilized against the tide of Act 60 beneficiaries and in support of workers: “While the Puerto Rican government is intent on selling the island to the highest bidder, we recognize that the stakes are too high. We’re going to lose Puerto Rico if we don’t repeal these Act 60 tax benefits.

“It is time for Puerto Rican anti-imperialist organizations (both on the Island and in the Diaspora) to mount an aggressive campaign to repeal the tax benefits, return lands to the Puerto Rican people and fight for the independence of Puerto Rico!”

Puerto Rico is not for sale! Independence for Puerto Rico!