Rodney Reed’s birthday was Dec. 22. This was the 24th birthday and holiday season he has spent away from his children, his five brothers, his mother and his large loving family — while entombed in solitary confinement on death row in Texas. 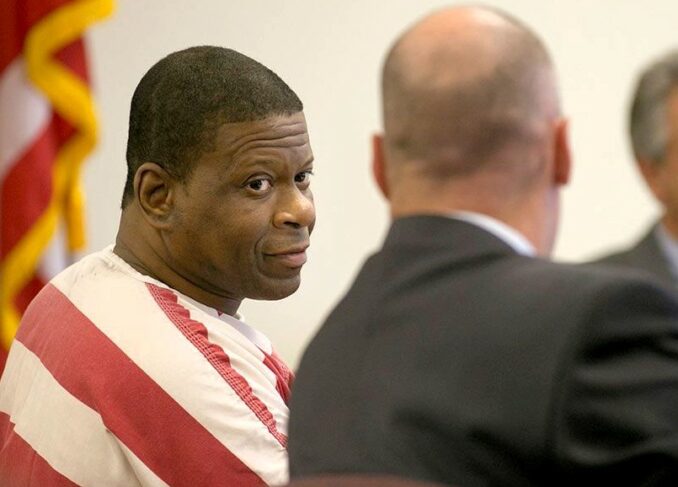 Reed was given an indefinite stay of execution on Nov. 15, 2019, by the Texas Court of Criminal Appeals, the highest criminal court in Texas. The stay came only five days before he was to be legally lynched in Huntsville, Texas.

His case was then sent back to the trial court to determine if Reed’s claims of innocence were valid.

Due to COVID-19, the evidentiary hearing was repeatedly postponed but was finally held in July 2021 in Bastrop County, where Reed had been convicted. Numerous new witnesses and overwhelming evidence of Reed’s innocence were presented during the two-week hearing, contradicting much of the State’s evidence in Reed’s original trial.

The Innocence Project in New York, representing Reed, filed a “Memorandum and Objections to Findings of Fact and Conclusions of Law” with the Texas Court of Criminal Appeals on Feb. 1. “Because the judge abandoned his duty to be a neutral, independent fact finder, the CCA should reject the trial court’s copy-and-pasted order,” the Innocence Project declared in a strongly worded press release.

Jane Pucher, senior staff attorney at the Innocence Project and one of Mr. Reed’s attorneys, said: “The abdication of the judge’s duty cannot be tolerated, especially when an innocent man’s life is at stake. The CCA entrusted Judge Langley with making impartial findings and independent assessments of witnesses’ credibility, supported by the evidence. That did not happen.” (innocenceproject.org)

Rodney Reed, an African American man, was convicted by an all-white jury in 1998 of killing a white woman, Stacey Stites, with whom he was having an affair. She was found murdered; and for almost a year, the primary suspect was her fiancé, Jimmy Fennell, a cop with a history of violently abusing women. Fennell recently finished doing 10 years in prison for the kidnapping and rape of a woman he had stopped for a traffic violation.

The only evidence connecting Reed to Stites was from their being together sexually during a date the night before she disappeared.

The Innocence Project alerts people to these facts in the case of Rodney Reed:

On Dec. 17, 2020, the Innocence Project filed a request for “Grant of Application for Writ of Habeas Corpus” in trial court and with the CCA, because the district attorney at Reed’s trial illegally hid statements taken from Stites’ co-workers. These affirmed that she and Reed knew each other and were involved. At trial, the  DA repeatedly stated that Reed did not know Stites. The DA also suppressed statements from Stites’ and Fennell’s neighbors about loud domestic violence arguments between Stites and Fennell.

Under the 1963 U.S. Supreme Court case Brady v. Maryland, the State had an affirmative duty to turn over all evidence favorable to Reed’s defense. Instead, the State has hidden evidence pointing to Reed’s innocence for more than two decades.

This evidence could have exonerated him from the very beginning.

Reed’s family and supporters will hold a 2:00 p.m. CST press conference March 4 outside the Texas Criminal Court of Appeals to urge the court to deny Judge Langley’s biased ruling that simply copies the position of the State.