Elected teacher representatives of the Representative Council of the Oakland Education Association (OEA) voted Feb. 7 to conduct a strike vote if the Oakland Unified School District Board of Directors approved any of its proposed school closures. In the early hours of Feb. 9, after more than nine hours of debate and testimony from the Oakland, California, community, the school board approved the closure or merger of 11 schools serving predominantly Black and Brown students. Only two elected Board Directors, Mike Hutchinson and VanCedric Williams, opposed the resolution. 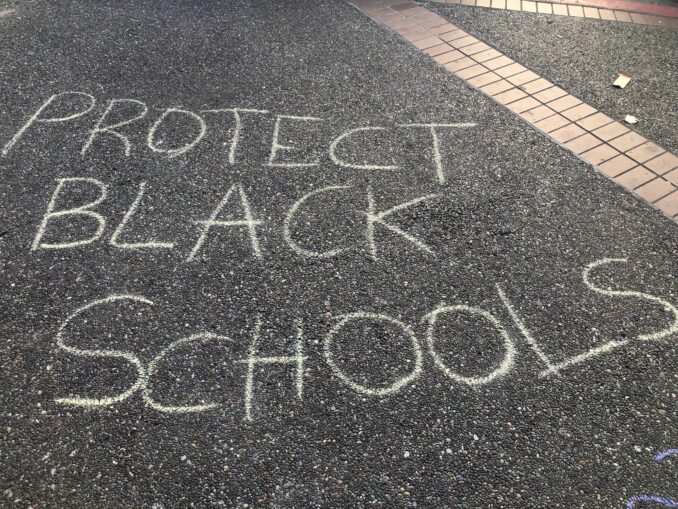 While the board reduced the number of affected schools from 16 to 11, the move did little to stop the continuing protests and anger from teachers, parents, students and their supporters. Westlake Middle School was removed from the list of schools to be merged, in a late-night amendment at the Feb. 8 school board meeting. However, two educators at Westlake, Moses Omolade and Maurice Andre Sanchez, are continuing their hunger strike until all the school closures and mergers are taken off the table.

Protests against this latest attack on Black and Brown schools in Oakland have continued. Teachers boycotted their scheduled professional development meetings for the second week in a row Feb. 9.

The next day a large community rally was held at Brookfield Community Park. Then on Feb. 11, chanting “Black Lives Matter,” hundreds of students walked out of Oakland Tech, one of the city’s high schools, and marched to the OUSD offices in downtown Oakland. Students left messages outside the empty district office and chalked the message “Protect Black Schools” in the street.

Oakland teachers could go on strike as early as March 4 if the membership of OEA approves the strike action. Teachers are reaching out to other educator unions and parents and students to get their support. OEA is demanding funding for Oakland’s schools from Governor Gavin Newsom.

The Oakland community will continue to organize to stop the school closures and mergers. As Director Hutchinson told the crowd of students outside Oakland Tech, “These are our schools, our traditional neighborhood schools. Our schools have educated generations of our folks; and there is no reason ever that would make it okay to come into a community and say you no longer get to have your school.”

Judy Greenspan is an Oakland teacher, an active member of the Oakland Education Association and chair of the OEA Substitute Teacher Caucus.