Last December a five-person delegation from the International Migrant Alliance-USA (IMA) traveled to Texas to work with the South Texas Human Rights Center (STHRC), based in Falfurrias, Texas, 60 miles north of the Mexican border. On Jan. 22 the delegation reported virtually on their trip. 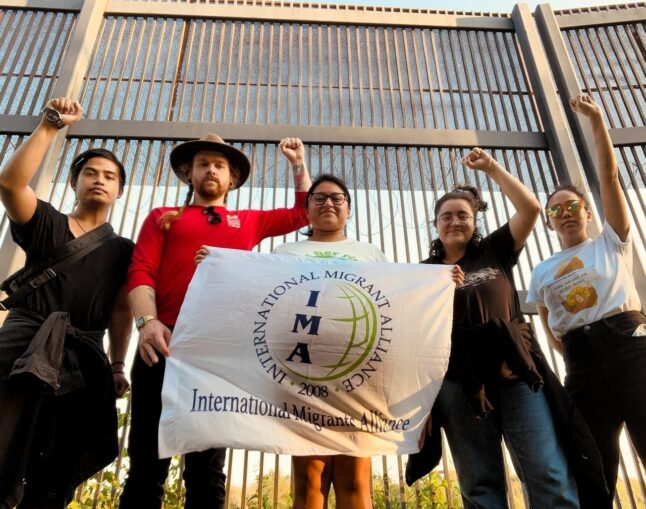 While in Texas, the IMA representatives — from Washington state and Oregon — did concrete solidarity work in Falfurrias, McAllen and Brownsville. Members of the delegation were primarily immigrants or from immigrant families. And the report was simultaneously interpreted into Spanish and Tagalog.

In Falfurrias they helped refill “water stations” — big blue barrels with gallon containers of drinking water — along paths which migrant workers take through ranchlands to avoid the Border Patrol checkpoint on Texas Highway 81 that runs through Falfurrias and Brooks County.

The South Texas Human Rights Center was founded in 2013 to help migrants get through the huge but largely unpopulated Brooks County, without becoming dehydrated and disoriented. They have formed working relationships with ranchers, who allow them to place water stations on their land. Even the largely conservative ranchers do not care to find dead bodies and human remains on their property. The STHRC also has a hotline that helps loved ones locate missing family members, who have disappeared in this area, and their remains.

Several speakers reported that borders do not stop people from entering the U.S., but the borders and walls create lethal conditions for workers fleeing violence and joblessness in their homes. The STHRC realizes that water is a human right and that migrants need water to survive.

In the other two border cities, they worked alongside organizations providing food and other necessities to migrants.

The IMA was founded in 2008 in Hong Kong as the first global alliance of grassroots migrants, refugees and displaced peoples. They have over 170 member organizations in more than 30 countries, with chapters in the U.S., Canada, Europe, Asia Pacific, Africa and Latin America.

IMA-USA was formed in 2011 in New York City and is now active from coast to coast. In the report, several speakers stressed that it is U.S. imperialism that is forcing migration by intervening in so many countries, destabilizing them and allowing violence to terrorize the inhabitants. U.S. imperialism creates conditions in which migrants have no choice but to leave their homelands and face deadly conditions along the U.S./Mexico border.