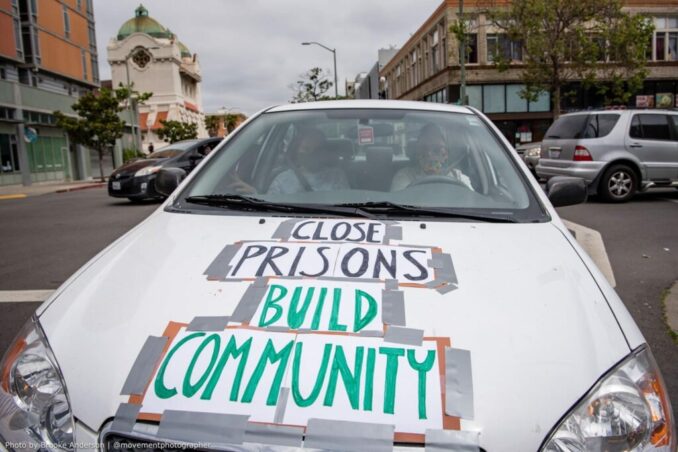 In what has been a continuing struggle by Alameda county prisoners for decent food and sanitary conditions at Santa Rita Jail in Dublin, California, two dozen prisoners went on hunger strike Jan. 7. They refused to eat prison-prepared food, which they say is inedible and often contains rodent droppings.

In a video call with KTVU FOX News, James Mallett, one of the current hunger strikers, complained that the food continues to be inedible, overcooked, tasteless and consisting primarily of boiled beans.

Additionally, the hunger strikers are protesting high commissary prices for food and other items. Several striking prisoners state they are only drinking water and Gatorade during this protest.

In many jails and prisons, prisoners who are able to receive outside funds from family members purchase their food from the prison commissary or store to supplement or substitute for the inedible prison food. But inflated commissary prices have made it impossible for Santa Rita prisoners to have access to any edible food.

Reports to the media reveal that in a recent hike in commissary prices, a bag of potato chips went from $1.39 to $1.69. The price of coffee spiraled from $4 to $6.75 a package. Price increases make this food inaccessible to the Santa Rita prison population.

Alameda County Jail commissary prices are much higher than the prices at the San Francisco Jail. In 2018 the Santa Rita jail vendor, Trinity Services, agreed to deposit 40% of all its revenue into the coffers of the Alameda County Sheriffs’ office. This contract is in effect until 2023.

Santa Rita Jail has been the subject of lawsuits, prisoners’ protests and outrage by prison abolitionists for years. Due to the substandard nature of jail food, prisoners have often gone on hunger strikes in protest. In 2019, between 500 and 700 incarcerated people in the Santa Rita Jail staged a work stoppage and hunger strike to protest unsanitary and unsafe conditions and the inedible food. (The Mercury News, Nov. 5, 2019)

Part of the Alameda County jail system, Santa Rita Jail has experienced recurring spikes of COVID-19 during the pandemic. Outside activists and attorney advocates have loudly and continuously called for mass releases of the jail population.

The prisoners are demanding that the sheriffs stop profiting from their commissary sales. They are asking the Board of Supervisors to intervene and set fair prices. Eric Rivera, one of the hunger strikers, said, “I know we are in jail, but I am sure that we still deserve some rights. We should have some sense of human dignity. I just hope somebody listens.”