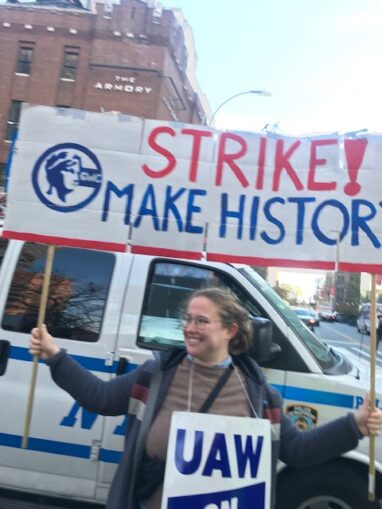 After 10 weeks on the picket line, student workers at Columbia University are claiming victory. The members of Student Workers of Columbia-United Auto Workers Local 2110 voted to end their strike. They will spend the next two weeks discussing the details of their first contract with the university, before they vote on whether to accept it.

Local 2110 had spent the past three years negotiating with Columbia. It took strike action to win dental and vision benefits, improved health insurance and substantial pay increases. The union represents all students employed by the university — graduate and undergraduate. This was their second strike.

Columbia has paid student workers so little that many have to live outside of New York City to afford rent. Others depend on Supplemental Nutritional Assistance Program benefits, formerly known as food stamps. Hardships are particularly acute for those with dependent children.

Just as important, student workers won a clause mandating third-party arbitration in cases of harassment, discrimination and “power-based bullying.” Amid widespread complaints of abuse by faculty and Columbia management, survivors will now not have to make their case directly to the university. An independent arbitrator will rule on their grievances.

This is of critical importance. As explained on SWC’s web site, “The immense power faculty hold over us makes it easy for professors to sexually harass us and aggressively bully or penalize student workers who come from marginalized groups, such as people of color. In recent years, an instructor was sexually assaulted by a professor, and the University failed to hold him accountable.” (studentworkersofcolumbia.com)

Early in 2021, student researchers began the fight to win union recognition across the University of California system. Student Researchers United-UAW sought unionization to address issues such as discrimination, low pay and being paid late. The administration tried to divide the bargaining unit, saying the student instructors with fellowships or grants were not workers.

It took a strike threat to get UC system management to back down. Now the real fight begins: Like the Columbia student workers, they have to win their first contract.

SRU is committed to fighting for gender equity, parental leave, an end to sexual harassment and retaliation against those who complain, trans-inclusive health care and gender neutral bathrooms on campus. 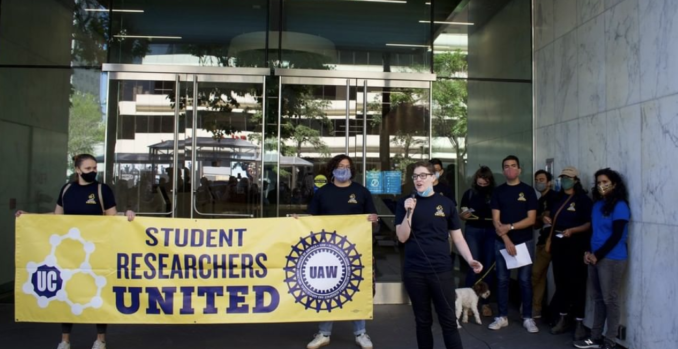 COVID-19 safety is also a priority: “Student Researchers are working to improve our understanding of COVID-19, are helping to scale testing, or are the first workers returning to physical labs to continue other critically important research. But Student Researchers do not have an equal voice in determining lab safety policies. With a union, UC would have to negotiate with Student Researchers, like it has negotiated with Postdocs, Academic Researchers and Teaching Assistants over workplace safety and the effects of COVID-19.” (studentresearchersunited.org)

Over 80,000 academic workers in the U.S. are represented by the UAW and many more by other unions. They share many of the same issues: inadequate pay and benefits and the prevalence of discrimination and abuse. Almost 60% of academic workers report experiencing harassment of some form.

From Harvard to Columbia to the University of California system, academic workers have joined and won in the union upsurge that began with “Striketober.”