A 52-year-old man, Melvin James Anderson IV, died while incarcerated in the Chester County Correctional Complex and Youth Center in Pocopson, Pennsylvania, Dec. 7. He was jailed while waiting to be tried for a charge of burglary, which he may or may not have committed. How did he die? He succumbed to COVID-19, after testing negative upon arrival at the facility. He contracted the coronavirus while under the state’s supervision and died.

The prison is overwhelmed with a COVID-19 outbreak. So far 170 cases have been confirmed as of Dec. 14. That is triple the number first reported earlier that week at the facility. 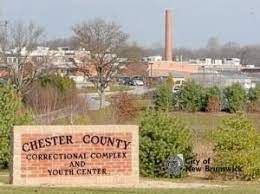 Why lock up more people, when efforts to contain the coronavirus within prison walls are failing miserably here and throughout the country? Shouldn’t the judicial system be doing everything it can to decrease the numbers locked behind the walls through early parole of nonviolent offenders or compassionate release of the ill and elderly?

Instead, law enforcement crams people who have not even had their day in court into dangerous, overcrowded prisons that become a death sentence due to COVID-19 outbreaks, poor medical care and callous officials.

At least 80 people in Philadelphia (Chester County is part of greater Philadelphia) have been exonerated of violent crimes; 23 of them since 2018. Currently, two young men, A.J. Ford and Hasein Strand, are incarcerated in another Philadelphia suburb jail because the Delaware County District Attorney wants to hold them accountable for the murder by police of 8-year-old Fanta Bility last summer. They are in their teens; and given that the vaccine was only recently approved for their age group, can the justice system guarantee their health and safety?

The pandemic has given us another lesson of how the class divide between the wealthy and the rest of us works. If you have the monetary means to hire a well-connected lawyer and post bail, you can escape the cruel inhumane treatment which the workers and oppressed, predominantly Black and Brown people, face when they come up against the police.

Prison abolition is something we must achieve if we ever want to liberate our class.