From Oct. 19 through Nov. 29, working and retired members of the United Auto Workers participated in a referendum vote on how they would elect their union’s International Executive Board officers. The two choices were whether to continue the current delegate voting system, where the IEB is chosen by delegates to a quadrennial Constitutional Convention, or for the rank and file to elect their top officers directly in a system popularly known as “one member, one vote.” 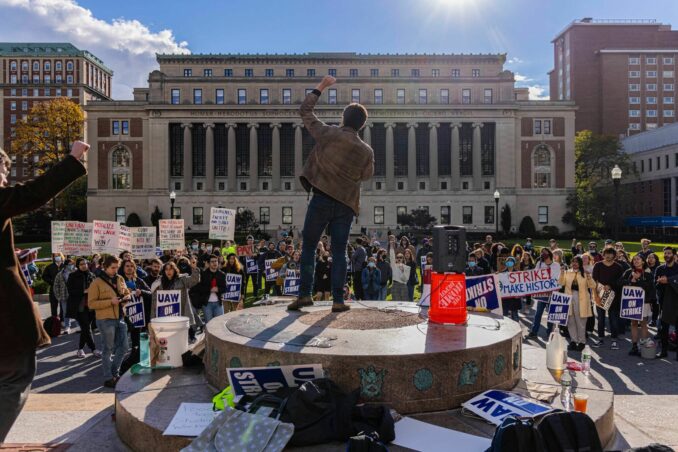 Members learned the results Dec. 2: One member, one vote won by a nearly two-to-one margin.

This was a huge victory for progressive reform forces inside the UAW. Activists have been pushing for direct elections for decades, only to be thwarted by convention processes manipulated by the Administrative Caucus, which has dominated the UAW for seven decades. The mail ballot vote was mandated by a consent decree, which followed a federal investigation of union corruption.

Direct elections carried all of the UAW’s eight regions and the vast majority of locals with support in all sectors, including automotive, agricultural equipment, academic, legal services, the public sector and gaming.

The rank-and-file caucus United All Workers for Democracy built a broad, grassroots campaign to promote voter turnout for direct elections. A team of volunteers helped with phone banking, text banking, leafletting, social media outreach and generating media publicity. It became clear that they had tapped into a widespread sentiment in their union.

“The membership of our great union has made clear that they want to change the direction of the UAW and return to our glory days of fighting for our members. I am so proud of the UAW membership and their willingness to step up and vote for change,” said Chris Budnick, member of UAW Local 862, Ford Louisville Plant, and Recording Secretary for UAWD. (uawd.org)

The vote is a step forward, but the work is far from finished. Good fighting leaders have to be drafted to run for the IEB, and the rank-and-file movement needs a program and a strategy for the convention and beyond. Those discussions have already begun in the UAW’s ranks.

No business unionism as usual

The vote shows that the rank and file favor a more democratic election process, but it was also a vote against what’s often termed “business unionism.” For too long, members have been fed a message that concessions are necessary to keep a company “competitive” or “profitable.” This has meant that wages have fallen behind inflation, and it has led to the expansion of unequal, divisive two-tier and multi-tier pay scales, while jobs are wiped out by plant closings, outsourcing and robotization.

Defeat for the delegate system comes after the month-long UAW strike at John Deere, begun after Deere workers rejected a contract presented to them by the union leadership, which did not adequately address their concerns. They then rejected a second, improved contract, holding out for a contract they were satisfied with. UAW members at Deere voted heavily in favor of direct elections.

There’s a new, militant mood brewing in the ranks of organized labor — and the drive to organize among Amazon workers shows the contagion is spreading to those who don’t yet have a union.

To have credibility, unions must end their cozy relationship with the capitalists — and with capitalist politicians, including the Democrats. What the working class needs is a global, classwide movement.