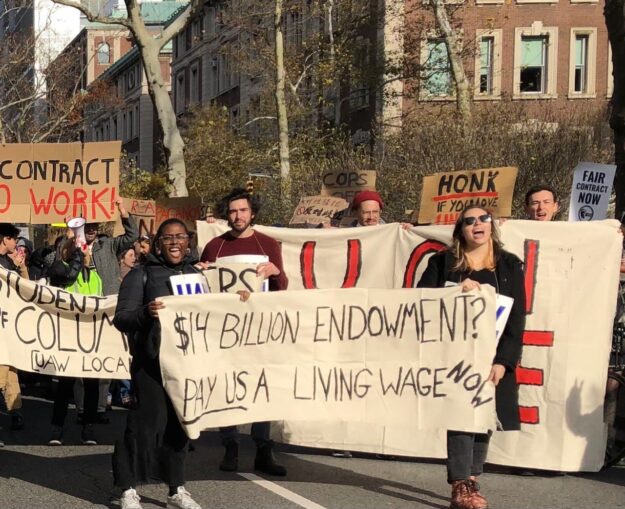 The striking Student Workers of Columbia University marched Dec. 1 in New York City. The strike began Nov. 3 and is the second by the student workers in 2021. They are represented by United Auto Workers Local 2110, a technical, office and professional union, which also represents workers at the Museum of Modern Art, HarperCollins and Brooklyn Academy of Music. The Columbia bargaining unit comprises over 3,000 workers. Their demands include a wage increase, dental and vision benefits, union recognition of all student workers and protections from sexual harassment and power-based bullying. Manuela Maria Luengas Solano, an organizer with the local union, pointed out that wages for student workers are between $10,000 to $18,000 below a living wage.