On Dec. 1 as the U.S. Supreme Court was hearing arguments in Dobbs v. Jackson Women’s Health Organization —one of the two most consequential abortion rights case since the Roe v. Wade decision in 1973 — women, other gender-oppressed people and allies rallied at Temple University in Philadelphia. 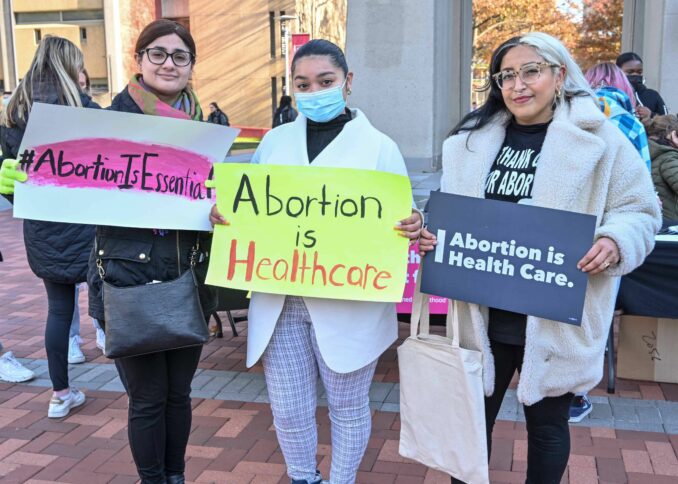 They gave speeches emphasizing how working-class communities and Black and Brown people will be the most affected by the criminalization of access to abortion and other health care. They staffed tables covered with literature and gave out T-shirts and flyers to the receptive students passing by.

— Photo and article by Joe Piette