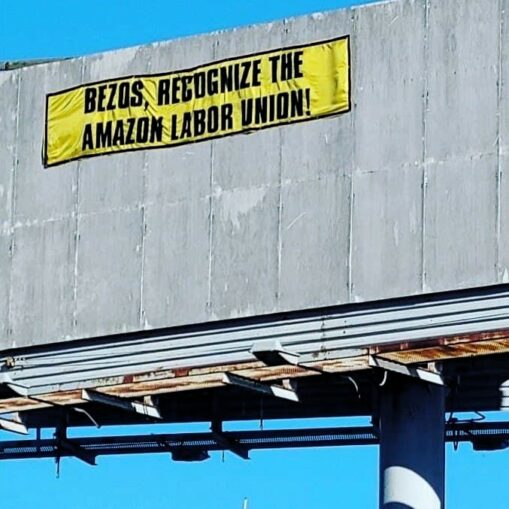 Only two weeks after Amazon Labor Union workers filed with the National Labor Relations Board on Oct. 25 to hold an election at the company’s Staten Island warehouses, signs of support are visible throughout the New York City metro area. These large banner drops are seen daily by thousands of people travelling the Staten Island Expressway. The ALU organizing is taking place as the historic effort to form a union at Amazon’s Bessemer, Ala., warehouse is being revived. Activists are making sure the crucial Staten Island drive will not suffer political isolation due to the relative remoteness of the borough’s location. Pro-worker activists have also plastered the subway with QR code stickers linking to the petition demanding union rights for Amazon workers. 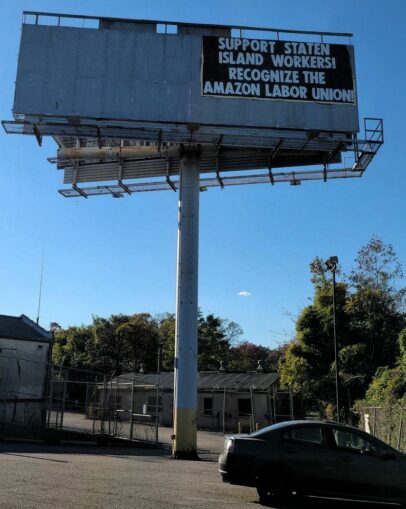 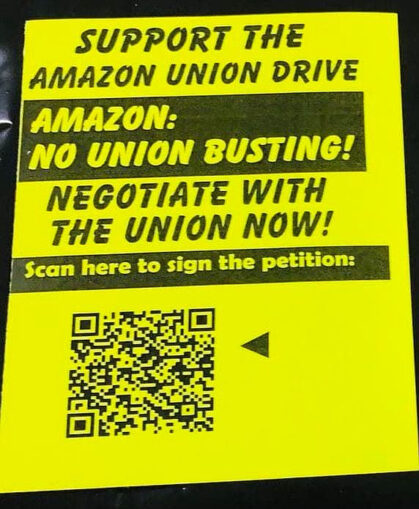