Claudette Colvin’s defiant action on a segregated Alabama bus in 1955 – before that of Rosa Parks – resulted in her arrest and conviction on two counts of violating Montgomery’s segregation laws and one of assaulting an officer. Though the first two convictions were overturned on appeal, the third still stands on her record.

She told the Montgomery Advertiser in 2019 that she didn’t remember attacking the police, but she remembers white officers debating her bra size and the sound of the key locking her in the cell. 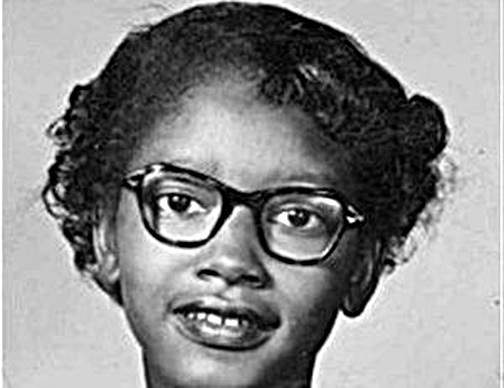 Now Colvin, at 82, has returned to Alabama to live, expunge her arrest record and clear her name. On Oct. 26 she and her lawyers filed her request to a juvenile court, flanked by supporters clapping and singing anthems from the Black Civil Rights Movement. “I guess you can say that now I am no longer a juvenile delinquent,” Colvin told the crowd. (AP, Oct. 27)

​​Many people think of Rosa Parks when they celebrate the victory of the 1955-1956 Montgomery bus boycott that ended segregation in U.S. public transportation.

But before Rosa Parks, there was a 15-year-old African American, Claudette Colvin, who on March 2, 1955, refused to give up her seat on a city bus to a white rider. With her fierce and militant action, she was the first person to commit civil disobedience in the boycott struggle. As one local organizer commented at the time, Claudette “brought the revolution to Montgomery.”

Colvin was on her way to Booker T. Washington High School that morning. School studies during February had concentrated on the U.S. Constitution and she was thinking over these lessons when a white rider boarded. No seats were available in front of her and other Black riders. Jim Crow law demanded that whites never sit behind African-­American riders.

The bus driver yelled at Colvin to move toward “the back of the bus.” She decided, “I wasn’t gonna take it anymore,” and refused. As white cops were dragging her by her arms off the bus and handcuffing her, she answered none of their questions but chanted over and over, “It’s my Constitutional right!”

The cops charged her with violation of the state segregation laws, disturbing the peace and “assaulting an officer” – though she had been nonresisting.

In later interviews, she made clear that her anger and will to resist had been building since her first memory of racism, at four years old. She was radicalized at 13, when a 16-year-old schoolmate, Jeremiah Reeves, was tried and falsely convicted of raping a white woman. In a 1953 trial riddled with the racist fraud and lies of segregation, he was ultimately sentenced to death.

Colvin describes his conviction as “the turning point” in her life. She plunged into political activity – attending rallies, writing letters and raising money for his defense. She became active in the NAACP, ultimately becoming the youth secretary. 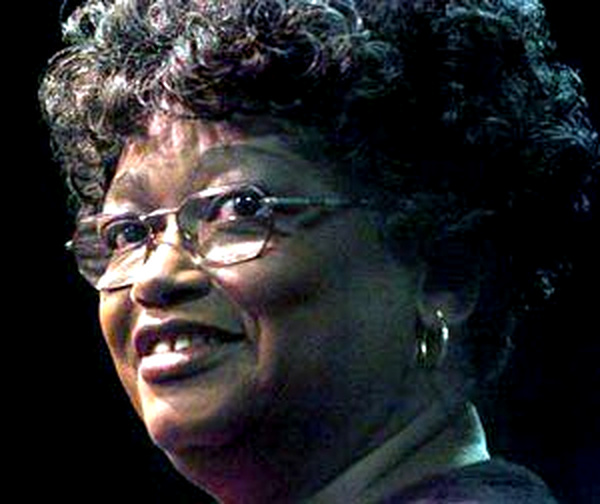 By 1955, she had “formed a mission” for herself: She would become a lawyer and fight for her freedom and that of her people – like Harriet Tubman. She was also ready for action that March morning.

Civil Rights organizers, including Parks, had been advancing moderate demands to white Montgomery authorities to alleviate the racist verbal and physical assaults on Black bus riders.

Then Colvin’s arrest angered the entire Black community and made a boycott seem possible.

But movement lawyers and organizers were afraid they couldn’t win a boycott lawsuit with Colvin as its public face. There was intense pressure under violent segregation to maneuver using the “respectability politics” being challenged in the current era by the Black Lives Matter movement.

Colvin was a proudly defiant teenager. Her background was thoroughly working class – her parents were a domestic worker and a gardener – rather than professional. The white judge in her case cleverly distorted her public image by dropping all charges except for “assaulting a police officer.” So organizers turned from Colvin to Rosa Parks as the test case of civil disobedience.

A turn towards activism

Colvin continued to find her path to action and defiance. On a personal level, she anticipated the “Black Is Beautiful” movement by refusing to straighten her hair “to try to look white.”

In political work, Colvin’s history-making action was finally acknowledged when she became one of four plaintiffs in the legal suit Browder v. Gayle, attempting to end segregation in public transport. Other plaintiffs included Amelia Browder, a college-educated seamstress, and Mary Louise Smith, a teenager also arrested, after Colvin and before Rosa Parks, for refusing to move to a segregated bus seat.

Colvin’s testimony in federal court was decisive as she entered into verbal combat with racist attorneys. She specifically named the sexual and racist abuse of Black girls as part of her motivation to act. She spoke of her determination at the moment she had been put in an adult jail cell and heard the key turn in the lock.

At that point, an African-American woman in the audience began to sob uncontrollably and had to leave the courtroom.

One of the lawyers for the plaintiffs said later, “If there was a star witness in the boycott case, it had to be Claudette Colvin.”

The three federal judges took 10 minutes to decide, 2-1, in favor of Colvin and the other plaintiffs, that segregation in U.S. public transport was unconstitutional – a 1956 ruling upheld by the U.S. Supreme Court, in a decision as momentous as Brown v. Board of Education.

By the time of the court case, Colvin had become a single mother. Despite the historic court victory, she was a felon under the law, having been found guilty of the false charge of assaulting a cop. Known throughout town as “the girl who got arrested,” she was unable to get steady work in Montgomery, as violent white-supremacist threats, murders and bombings continued.

Colvin finally moved north to New York City, finding work there as a nurse’s aide until she retired. In a 2005 interview, she said of her action: “Mine was the first cry for justice, and a loud one. I knew then and I know now that, when it comes to justice, there is no easy way to get it. You have to take a stand and say, ‘This is not right.’ And I did.”

Background information and quotes in this article are from Phillip Hoose’s book, “Claudette Colvin” (2009).