​​Demonstrators outside the U.S. Supreme Court Nov. 1 demanded an end to the near-total ban on abortions in Texas. Inside, arguments were made in two separate lawsuits challenging S.B. 8,  the brutal Texas law — one brought by Whole Woman’s Health, a reproductive health care provider in Texas, the other by the U.S. Department of Justice. 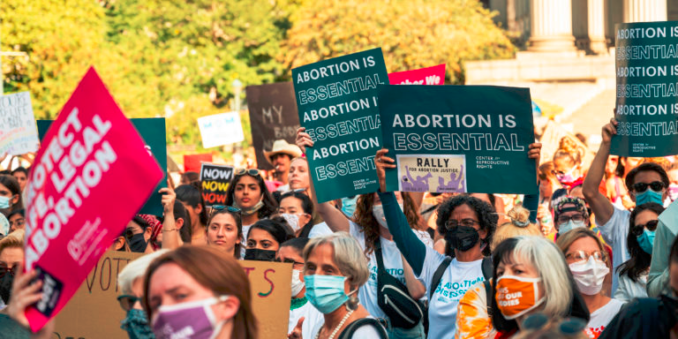 Those rallying called for protection of the right to safe, legal abortions now under attack in many states. SCOTUS legalized this fundamental human right in 1973 in the Roe v. Wade case, in response to a mass struggle.. However, the state of Mississippi has filed the Dobbs v. Jackson Women’s Health Organization case with SCOTUS, asking the high court to overturn the Roe decision — making abortions illegal again. This case will be argued Dec. 1.

All progressive forces should join the protests outside SCOTUS called for Dec. 1.  This is a crucial action. Between now and then and beyond, local actions should be organized. It is time to mobilize! March! Rally! Resist! Boycott! Sit-in!