The following is based on a statement on the case of diplomatic Special Envoy Alex Saab – kidnapped by the U.S. for attempting to ameliorate the dire conditions wreaked on Bolivarian Venezuela by U.S. sanctions – and was issued Nov. 5 by the International Action Center. The statement has been lightly edited. 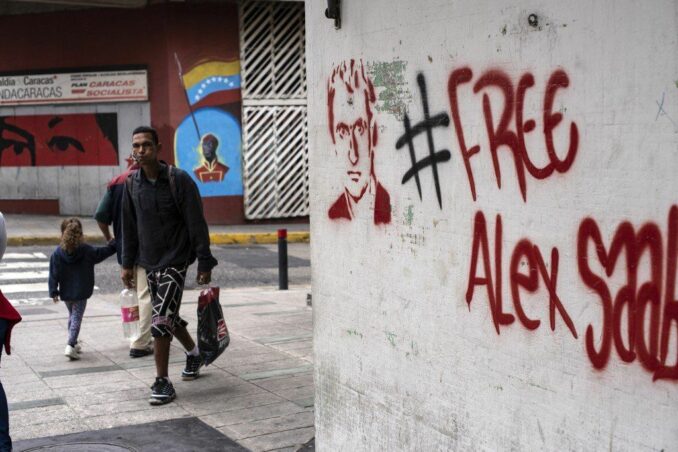 The International Action Center, along with solidarity, human rights and social justice organizations in the U.S. and around the world, calls upon the U.S. State Department and Department of Justice to end their witch hunt of Alex Saab and end the illegal unilateral sanctions against another sovereign state carrying out its legitimate and legal right to feed its people.

On Nov. 4, Alex Saab’s U.S. counsel with the firm of Baker Hostetler, which is spearheading Saab’s claim of diplomatic immunity, filed his latest reply to the U.S. Court of Appeals, Eleventh Circuit.

The brief was submitted in response to the Department of Justice Oct. 14 filing in which the U.S. continues to argue that it has no obligation to recognize diplomatic immunity in the case of foreign diplomats accredited to other nations, as is the case of Alex Saab.

Alex Saab is a lawfully appointed Special Envoy of the Bolivarian Republic of Venezuela. He was undertaking a peaceful humanitarian Special Mission from Venezuela to Iran when he was illegally detained by the Republic of Cape Verde  on June 12, 2020, under instructions from the U.S. Saab was removed from Cape Verde by the United States on Oct. 16 even though the legal process there was not complete. He is now imprisoned at the Federal Detention Center in Miami.

The defense brief of Alex Saab takes the position that the Department of Justice stance is completely wrong and inconsistent with U.S. case law. While the United States has an absolute right to recognize or not recognize the diplomatic status of somebody a country is sending as a representative to the U. S., it has no right to deny the recognition of diplomatic status in a situation where the sending country (Venezuela) and the receiving country (Iran) have agreed that the diplomat (Alex Saab) is a special envoy.

The United States is obliged, as a matter of U.S. and international law, to give full diplomatic inviolability to Alex Saab under the 1961 Vienna Convention, to which it is a party.

In other words, would the United States have any right to recognize an envoy who has been sent by the government of France to the government of Germany, or not? Obviously not. It would be absurd to suggest otherwise.

Saab’s filed motion explains that the United States has always taken the view of recognition of diplomatic immunity of third-party countries, going back more than a century. The U.S. has asserted this view of immunity not only in regard to U.S. diplomats, but also third-party diplomats. The recent brief on his behalf described specific cases where this issue has arisen and draws the conclusion that the Department of Justice position is fundamentally wrong.

The United States is attempting to maintain its role of self-appointed policeman of the world. This policy has the potential to backfire against the U.S., as well as having consequences for the free movement of its own diplomats and political agents, or even its own journalists and human rights activists.