In response to the transphobic, homophobic and misogynist show, The Closer, starring popular comedian Dave Chappelle, an in-person rally took place Oct. 20 at the Los Angeles office of global streaming conglomerate Netflix, which produced and is airing the show. The rally was a show of solidarity for the employee resource group, Trans* at Netflix, that organized a virtual walkout the same day against Netflix co-CEO and chief content officer Ted Sarandos. 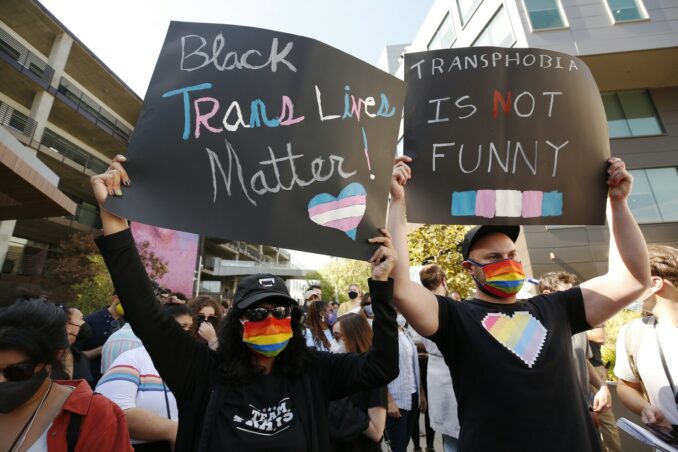 Ashlee Marie Preston, a rally organizer, stated, “It’s violent to make members of the transgender community, who work for your company, participate in the oppression of their own community, and we’re here to disrupt that and stand in solidarity with the employees.”

Joey Soloway, creator of the pro-transgender, award-winning Netflix series Transparent, remarked about The Closer: “This is gender violence. Sharing his outrage as comedic humiliation in front of thousands of people, and then broadcasting it to hundreds of millions of people, is infinitely amplified gender violence. I want trans representation on the Netflix board. A trans person on the f—ing Netflix board this f—ing week.”

A letter to Sarandos read at the rally had a list of demands, including: “Netflix create a fund for nonbinary and trans talent, revise internal processes for reviewing potentially harmful content, add disclaimers on shows with transphobic content, and acknowledge the harm Netflix has caused to the trans community — particularly the Black trans community.”