Oct. 25 — Pennsylvania political prisoner Russell Maroon Shoatz’s petition for medical release was finally granted by Philadelphia County Court of Common Pleas’ Judge Kai Scott following a hearing Oct. 25. With his petition accepted, Shoatz will be sent to a hospital for evaluation, then moved to hospice care with his family. According to medical testimony in court today, he has only a month to live. 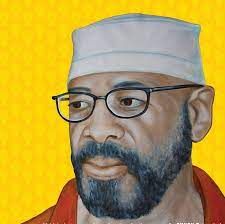 A founding member of the Black Unity Council, veteran Black Panther and soldier in the Black Liberation Army, Shoatz was incarcerated in 1972. He was convicted of first-degree murder for the politically motivated attack on a Philadelphia police station in August 1970 that left one officer dead and another wounded.

Sentenced to life imprisonment without the possibility of parole, Shoatz escaped from prison twice — once in 1977 and again in 1980 — earning him the nickname “Maroon,” in reference to escaped enslaved Africans in North and South America. He endured 30 years of inhumane solitary confinement.

Shoatz became president of the Pennsylvania Association of Lifers and was lobbying lawmakers to repeal sentences of life without parole in 1983, when he was placed in solitary for several years. In 1991, he was again placed in solitary for over 22 consecutive years until successfully completing a “step-down” program in 2014. In 2016, Shoatz won a $99,000 settlement and a permanent reprieve from solitary in a case that challenged Pennsylvania’s use of this cruel and unusual punishment.

In 2019 Shoatz was diagnosed with colorectal cancer, survived 12 rounds of chemotherapy and was scheduled for surgery last fall to remove the primary cancerous mass. However, in October 2020 Shoatz was placed in lockdown at the State Correctional Institute Dallas (PA) where he contracted COVID-19. Guards had brought the virus into the prison.

When Shoatz was finally able to have his surgery after months of delays, the cancer had metastasized. By the spring of 2021, he had terminal stage 4 cancer.

Shoatz first petitioned for medical release in August 2021 but was denied by Judge Scott. In repetitioning today, Shoatz’s attorney Bret Grote, with the Abolitionist Law Center, outlined the emergency that has arisen since August.

During today’s hearing a number of witnesses, including the doctor who has provided his hospital care since 2019, testified that the Pennsylvania Department of Corrections and SCI Dallas have proven incapable of giving Shoatz the normal standard of hospice care for a terminal patient. With the cancerous mass completely obstructing Shoatz’ intestines, doctors at the hospital started parenteral nutrition to infuse a specialized form of food intravenously, while draining any fluids that might enter his stomach.

When Shoatz was sent back to SCI Dallas, prison staff failed to follow the procedure; his condition deteriorated within days, and he was rushed back to the hospital. Essentially, withholding all nutrition and water from a person, once parenteral nutrition was started, is a death sentence. For the record, SCI Dallas stated that not only could they not provide this care, they would not.

During the hearing, Shoatz, from a wheelchair in his prison cell, made a statement on his own behalf. Acknowledging this was the first time she had actually seen Shoatz and how dire his situation appeared, Judge Scott expressed shock at the prison’s substandard care.

In August Scott ordered that Shoatz receive hospice care in prison. Since the DOC failed to do what they said they would, Judge Scott had no recourse but to send him to hospice outside. She noted that the DOC was either unable or unwilling to provide the necessary end-of-life care and that every person is entitled to die with dignity.

Speaking at a gathering outside the court following Judge Scott’s decision, Russell Shoatz III stated that it was heart-moving to hear his father speak for himself. “The transcripts from this hearing contain the evidence that the prisons don’t have the ability, not just for healthy prisoners, but for the geriatric ones, to provide the health care they need. They have effectively killed my father.

“There is a lawsuit here, not just for my father but for prisoners in general who have historically suffered poor health care. The judge stated she can’t believe that the prison can’t afford health care. There is no way that their prison system can take care of any of them in any sustainably healthy way.”

Philadelphia police and prison abolitionist YahNé Indigo, speaking with Workers World, expressed hope that Judge Scott’s decision could have a positive impact for the passage of Pennsylvania SB135, which seeks to eliminate the sentence of life without parole. Another bill, SB 835 would provide for parole for the sick and elderly.

“This hearing exposed the DOC’s failure to provide medical care,” said the abolitionist. “If the legislation is passed, it would benefit all of our older political prisoners in Pennsylvania and set a precedent that would help in other states as well.”