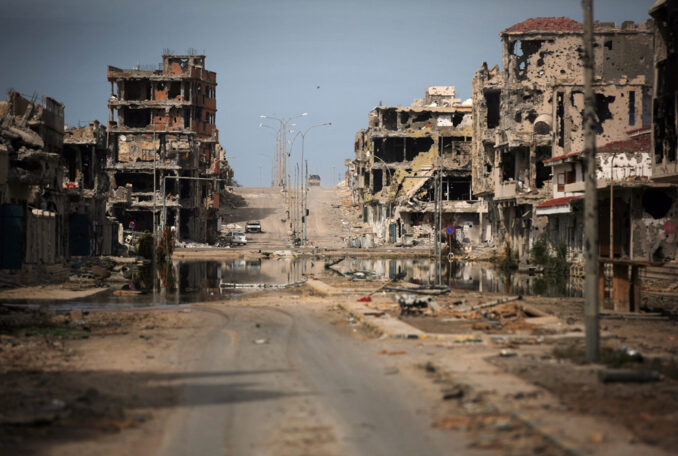 The author is an anti-imperialist German analyst of the U.S./NATO wars in Central and West Asia. Translation: by John Catalinotto.

According to the latest report from the Costs of War Project at Brown University in Rhode Island, the wars the U.S. and its allies unleashed after September 11, 2001, killed over 900,000 people. This is a minimum.

Taking into account the large gaps in coverage and the far higher number of indirect casualties, the actual figure may exceed four million. In addition, the wars wounded and traumatized far more people in the affected countries, and displaced over 38 million people.

Nearly 20 years ago, within four weeks of the terrorist attacks in New York, Washington, and Pennsylvania, the United States launched its “Global War on Terror” on Oct. 7, 2001, with the invasion of Afghanistan. The campaign against Iraq followed in March 2003 and has since expanded to more than 80 countries. (tinyurl.com/bapy8kpk)

Although the George W. Bush administration and U.S. allies originally used the pretext of preventive or “preemptive self-defense” to justify the wars against Afghanistan and Iraq, they justified their continuation by humanitarian goals, such as the defense of human rights. This latter pretext was also used to justify the NATO war against Libya and the intervention in Syria.

However, neither the U.S. nor its allies ever tried to determine the humanitarian costs of these types of “humanitarian interventions.”

A meta-study [study of studies – March 19, 2015] by the International Physicians for the Prevention of Nuclear War (IPPNW), which evaluated the available research, estimated the total number of all deaths in the countries initially mainly affected, — – Afghanistan, Pakistan, and Iraq – to have reached at least 1.3 million after the first ten years.

For the second decade of the “post 9/11 wars,” as the Western world’s wars of this century are called in the United States, no similarly careful analysis has yet been done.

However, Neta Crawford and Catherine Lutz of Brown University’s renowned Costs of War Project have consistently published case numbers for Afghanistan, Pakistan, and Iraq, and later for Syria and Yemen. According to their Jan. 9 report this year, over 900,000 people had been killed in combat operations in these five countries by August 2021, about 375,000 of whom they classified as civilian casualties.

These case numbers are based only on passively observed cases, that is, those reported by media and similar sources or registered by clinics. Under war conditions, however, only a small portion of cases can be recorded, depending on the intensity of the fighting.

It is also difficult to distinguish between civilians and combatants. The authors therefore assume that both the actual number of those killed and the proportion of civilians are much higher.

They omit the indirect victims of the wars, those people who died due to the collapse of supplies of food, water and electricity, blocked access to health facilities or the outbreak of epidemics caused by the war.

Their number usually exceeds that of direct casualties many times over. In general, “Costs of War” contributor David Vine said, one should assume a total of four times as many dead as they had determined. By the end of October 2019, he already estimated these losses at 3.1 million. (tinyurl.com/7v3b63zc)

Vine referred to a comparative study by the September 2008 Geneva Declaration Initiative, which found that indirect deaths in most armed conflicts were three to fifteen times higher than direct deaths.

The IPPNW study reached a similar conclusion. Comparison with mortality studies on Iraq showed that realistic estimates obtained through representative surveys were at least five to eight times higher than casualty figures obtained through passive observation.

In Afghanistan, according to Crawford and Lutz, combat operations directly killed some 170,000 Afghans over the course of nearly twenty years of U.S. and NATO warfare. Thus, we must assume at least 800,000, and possibly more than a million, direct and indirect casualties in that country alone, which means over 40,000 per year.

According to the information collected by the two researchers, around 284,000 Iraqis fell victim to the war in their country. This nearly doubled the 165,000 war deaths they calculated for the first eight years after 2011.

Based on mortality studies in Iraq, the IPPNW study quite conservatively estimated the total number of Iraqi casualties through 2011 to be at least one million dead.

Extrapolating this accordingly, we must now assume over 1.8 million dead in Iraq. According to a representative survey published in May 2018 in the journal PLOS Medicine, 90,000 of these alone were victims of the recapture of the million-strong city of Mosul from the hands of the “Islamic State.”

Up to 3.6 million casualties – Libya excluded

David Vine’s extrapolation therefore rings entirely credible. Overall, the total number of victims in the wars considered by “Costs of War” would thus now already be 3.6 million. However, this still omits Libya, the third country against which NATO states waged direct war after 2001.

According to a plausible estimate by Nicolas Davies, a journalist and researcher at the U.S. peace organization Codepink, more than 250,000 Libyans fell victim to the NATO aggression and the subsequent collapse of the government. (tinyurl.com/4zpkakw2) Finally, Somalia, where the U.S. has long intervened with air strikes, covert operations, and the arming and support of local forces, is also excluded.

Davies estimates that this war may have resulted in more than 500,000 deaths since the U.S.-backed Ethiopian invasion in 2006. It is therefore likely that the total number of deaths from the wars and interventions of the United States and its allies over the past two decades already exceeds four million.

Even more difficult to assess is the enormous human toll that the wars have also taken on the countries involved. These include the people who have been seriously injured in the wars, often permanently.

While the number of refugees and internally displaced persons recorded by the June 18 UN refugee agency UNHCR was already very high at the beginning of the century, at 38 million, it has since more than doubled to 82.4 million.

As David Vine and colleagues identified in another recent study, at least 38 million fled the “eight most violent wars waged by the United States since 2001.” In this study, they include Libya, Somalia, and the Philippines. (tinyurl.com/3njew2u6)

The number of displaced persons thus exceeds that of all wars since 1900, except for World War II. However, it is still a very conservative estimate, according to the authors.

The total number of people displaced by U.S. wars after Sept. 11, 2001, is probably closer to 49-60 million, which may even exceed that of World War II.

Translator’s note: From inside the U.S. we should point out that these wars have been led by both Republican and Democratic Party administrations, and that the only difference regarding human victims is that the Democratic Party leaders emphasized the “humanitarian” pretext for U.S. interventions. Also, since the author focused on the victims in West Asia, they exclude the victims of the U.S.-backed coup in Honduras and those from U.S.-imposed sanctions against Venezuela, Nicaragua, the Democratic People’s Republic of Korea and Cuba.