Demonstrators at an unarmed march in southern Beirut Oct. 14 were fired on by snipers from the Lebanese Forces, a Maronite Christian party whose militia was notorious for its brutality during the 1975-90 civil war. 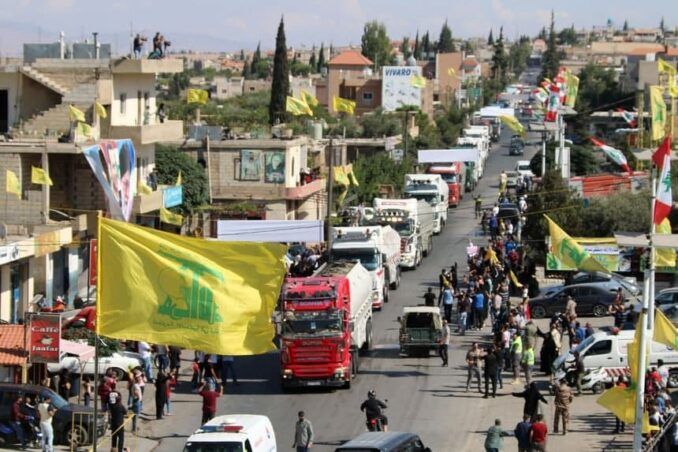 According to Johnny Achi, founder of the Arab Americans for Syria, Lebanese Forces leader Samir Geaga is “nobody on the ground. He doesn’t even represent one fourth of the Christian voters, and he’s losing ground even there. This is a dirty militia who have no shame, who go out on the top of buildings and snipe at civilians.”

The demonstrators, from the organizations Hezbollah and Amal, with support from a Maronite Christian group called Marada, fetched rifles and rocket-propelled grenades they had left in their vehicles and fired back. The ensuing firefight lasted for over four hours and only ended after massive intervention from the Lebanese army.

The demonstration was protesting about how the investigation of the explosion of improperly stored fertilizer 14 months ago has been “politicized.” That Aug. 4, 2020, largest non-nuclear explosion in world history killed 200, wounded 6,000 and left 300,000 people homeless in densely populated Beirut.

The billions of dollars in damages to the port facilities of Beirut and the loss of tourist income due to the onset of the pandemic, plus the effects of the conflicts in Syria, have led to a drop in its gross domestic product of nearly 40%. (France 24, Oct. 14)

Hezbollah is a mass-based organization in the Shiite community that led the fight against the Israeli invasion of 2006 and aided the Syrian government in its recent battle against imperialist intervention. It wins seats in Lebanon’s parliament and is part of the government.

What made the Oct. 14 clash especially important is that it was an obvious attack by the right-wing Lebanese Forces on Hezbollah. For many Lebanese this recalled bloody fighting before and during the civil war.

The sanctions that the U.S. has imposed on Hezbollah, and on Syria and Iran, have damaged Lebanon’s economy and require elaborate and expensive workarounds to obtain essential goods.

Since almost all of Lebanon’s electricity is produced by burning diesel, this loss of income has meant that most households get one or two hours of electric service a day.

Thus it was a people’s victory when Hezbollah arranged for a shipment of diesel fuel from Iran. An Iranian tanker delivered the fuel to the Syrian port of Baniyas, which is already under U.S. sanctions. There it was picked up by trucks from a Hezbollah-owned company, al-Amana, which is also under sanctions, and driven across the border in mid-September without going through customs. Because it was done this way, no Lebanese official was responsible for violating the U.S.-imposed illegal sanctions.

U.S. Undersecretary of State for Political Affairs Victoria Nuland, who helped arrange the coup overthrowing Ukraine’s government in 2014, ended her visit to Lebanon on Oct. 14, coinciding with the attack on the demonstration.