The following is a statement from the International Action Center.

The United Nations has put Cape Verde on notice: the torture, arbitrary detention and violations inflicted on Venezuelan diplomat Alex Saab must stop, and the government has been asked to explain itself. 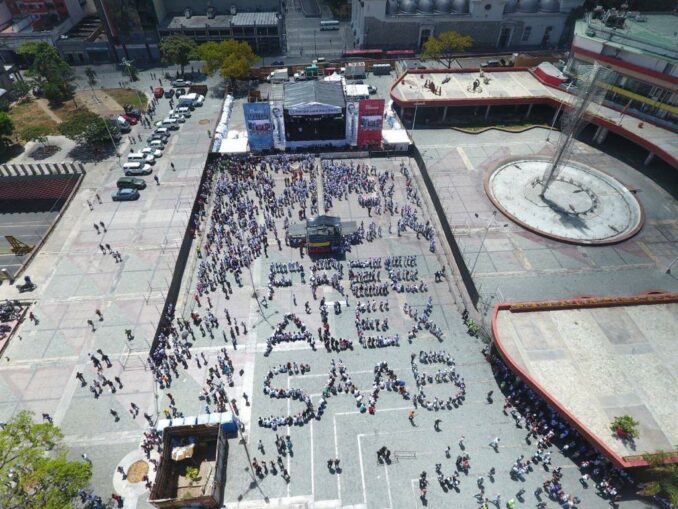 The situation is grave, the violations are severe, the government of Cape Verde is exposed and presented to the international community as a rogue state – a violator of human rights which is suspected of serious and persistent violations.

The government of Cape Verde is severely criticized by the United Nations for the serious and ongoing violations against Ambassador Alex Saab, arrested and arbitrarily detained in Cape Verde since June 12, 2020, in the framework of an “arbitrary” extradition procedure, instrumentalized by the United States of America. The United Nations expresses its “deep concern about the allegations of arbitrary arrest, detention and extradition proceedings against Ambassador Saab.”

In an unprecedented letter sent to the government of Cape Verde on July 19, 2021, which the United Nations has just made public, a large group of independent experts from the United Nations expressed alarm at the fate of Ambassador Alex Saab at the hands of the Cape Verdean authorities, who are suspected of torture, inhuman and degrading treatment, arbitrary arrest and detention, among other human rights violations.

The gravity of the situation is reflected in the fact that no less than four UN special Rapporteurs and one Working Group authored the letter and collectively put Cape Verde on notice that it must cease and desist the violations suffered by Alex Saab. These UN bodies are:

The United Nations, via the Special Procedure, called on the government of Cape Verde to account for “the factual grounds and legal basis for the arrest, detention and possible extradition of Ambassador Alex Saab Moran to the United States, including the exact nature of the charges against him and the facts supporting those charges; on the violation of judicial, consular and other fair trial guarantees; on the allegations of torture and ill-treatment of Ambassador Saab; on the violation of his right to physical integrity and the deterioration of his health attributable to the authorities; on the risk of torture in the event of extradition; and on the violation of the diplomatic immunity of Ambassador Alex Saab.”

The government of Cape Verde, in accordance with what has become its standard modus operandi when it comes to international criticism over its handling of the Alex Saab matter, remains silent, unwilling to respond to diplomatic summonses, to the cessation of human rights violations.

United Nations personnel, speaking on condition of anonymity, commented that “In doing so, Cape Verde continues to isolate itself from the international community, in keeping with the usual retreat strategy used by most rogue states and human rights abusers. In the absence of independent and impartial justice, and in the face of an exceptionally serious situation, the human rights violations suffered by Alex Saab continue with impunity in Cape Verde. There are no more excuses for Cape Verde. From now on, no one in the government will be able to say that he or she did not know.”

Ordinary Cape Verdeans, who until today have been unaware of the gravity of the situation, are the ones likely to pay the highest price for the isolation of their country on the international scene, economically, politically, and in terms of long-term reputation.

Dr. Jose Manuel Pinto Monteiro, Alex Saab’s lead Cape Verde counsel, said in reaction to the UN revelations: “It is up to the people of Cape Verde to hold this government accountable for the serious and persistent violations of human rights that have been vehemently denounced by ECOWAS and the United Nations. I urge the Cape Verde authorities to release Alex Saab immediately and demand accountability.”

Links to United Nations letters and quotes at tinyurl.com/kjzynnac and tinyurl.com/329dtnh6