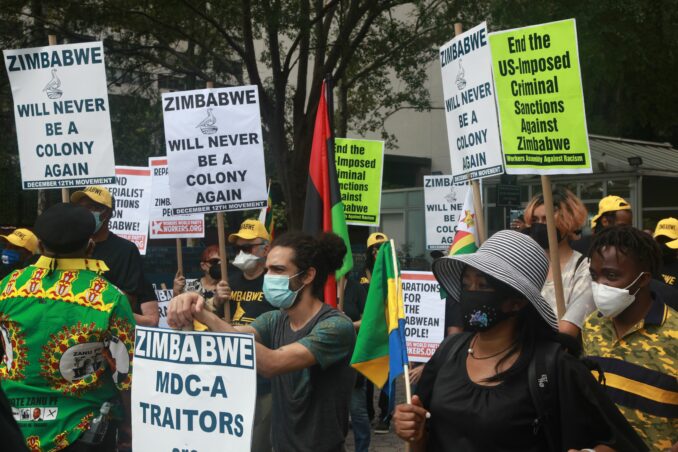 On the eve of the opening of the United Nations’ General Assembly in New York City, the Brooklyn-based December 12th Movement organized a Pan-African support rally Sept. 18 with the theme: “Zimbabwe will never be a colony again.”  Zimbabwe, formerly known as Rhodesia, won its independence in 1979 in a guerrilla struggle against its colonizer, England. Zimbabwe is one of 39 countries under sanctions by both the U.S. and England, because it dared to resist white, racist rule to win its sovereignty. Among the supporters of the rally, held at Dag Hammarskjöld Plaza, were Workers Assembly Against Racism and Workers World Party.

— Caption and photo by G. Dunkel