The Philadelphia community came out Sept. 19 to show support for beloved activist and educator, Anthony (“Ant”) Smith. Organized by the Ant Smith Defense Committee, the rally and fundraiser, under the banner “Free the Bul: A Jawn For Ant” (jawn is Philly slang for a person, place, or thing) was held in Malcolm X Park in West Philadelphia. Smith faces trumped-up federal charges stemming from the uprisings last summer, following the Minneapolis police murder of George Floyd. Smith’s arrest took place within days of the Philadelphia police murder of Walter Wallace Jr. in October 2020. 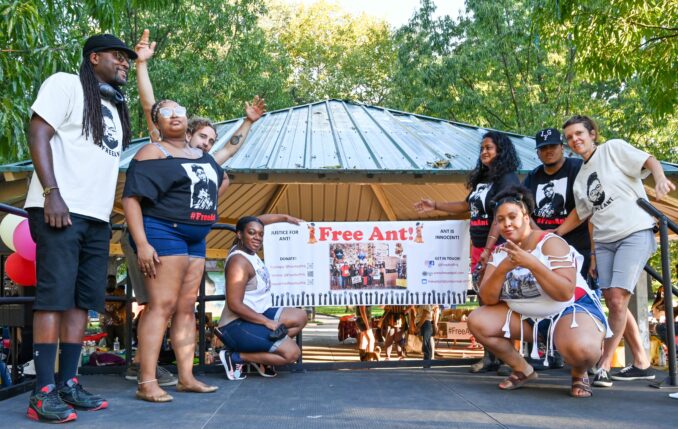 The rally included music and performances, food provided by Food Not Bombs Solidarity and vendors from the community selling T-shirts, jewelry and water ice. A crowd of over 100 people listened to speakers who included members of Ant’s family, fellow activists and his colleagues from the school where he is a teacher.

Several of his students wrote letters, which were read aloud to the crowd describing the positive impact he has had on their lives.