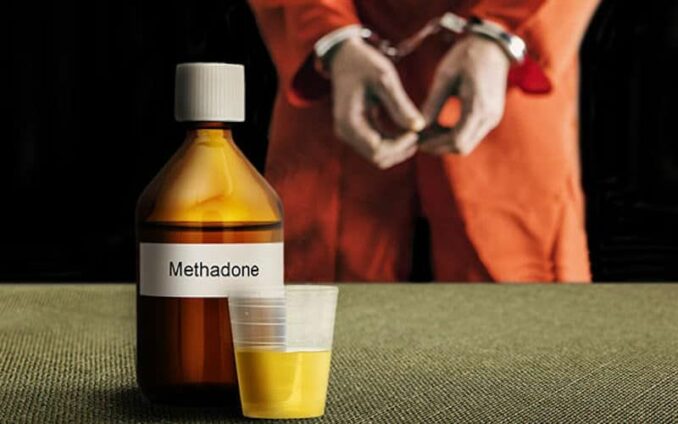 Opioid withdrawal is hell on the body and mind. You lose control over bodily functions, shake, shiver and struggle until it’s over. Because it can kill, you risk your life going through it.

At the Lebanon County Correctional Facility in Pennsylvania, Victoria “Tori” Herr died from dehydration due to opioid withdrawal in 2015. Prison officials failed to act, despite seeing she was struggling and unable to consume even liquids.

She needed hospitalization to get a much needed intravenous liquid drip and methadone (Methadose, Diskets) or buprenorphine (Suboxone, Subutex, Sublocade, Zubsolv) to carry her through withdrawal. Herr was refused access to the most basic form of addiction-treatment care.

To deny the necessity of methadone or buprenorphine in the treatment of both unincarcerated and incarcerated people is to deny that addiction is a serious condition, whether viewed as a disease or not. Withholding a basic human right — health care — is inhumane. For the incarcerated, it negates two more basic rights: the right to be free of cruel and unusual punishment and the right to equal accommodations under the Americans with Disabilities Act.

Statistics show that methadone and buprenorphine — the gold standards for Opioid Use Disorder (opioid addiction) treatment — when given to patients are highly successful at preventing relapse and overdose on other opioids. According to one study, “A Medical Treatment for Diacetylmorphine (Heroin) Addiction,” a combination of therapy and methadone treatment in 22 male patients monitored for 15 months showed marked improvement in quality of life.

The Cochrane Database of Systematic Reviews found that methadone is an effective medical intervention in the treatment of OUD. It reported it was more effective than treatment not including any medication for opioid addiction.

These arguments have been made in multiple court cases, winning the right to access treatment for OUD in some parts of the U.S. In Massachusetts, the American Civil Liberties Union successfully got plaintiff Geoffrey Pesce access to methadone during his stay in Middleton House of Corrections in Essex County. In the U.S. Penitentiary at Leavenworth, another incarcerated worker, represented by the American Civil Liberties Union of Kansas and Missouri, won the right to be given buprenorphine by the Federal Bureau of Prisons.

This year, a Watertown, N.Y., man identified as P.G. was arrested for a probation violation before Labor Day. He needed methadone to maintain his recovery from opioids and filed a lawsuit against Jefferson County with the aid of the ACLU and the New York Civil Liberties Union. The sheriff, undersheriff and the jail administrator were all named in the lawsuit.

Violation under Americans with Disabilities Act

On Sept. 7, District Court Judge David Hurd issued an emergency order giving P.G. his methadone, citing irreparable harm to his recovery should he be forced to stop taking it. Hurd went a step further and said that to remove him from his methadone would violate his rights under the Americans with Disabilities Act and the 14th Amendment to the Constitution.

Hurd wrote: “The uncontested evidence established that withdrawal from methadone treatment is excruciatingly painful, will cause a number of severe physical and mental symptoms and will place plaintiffs at a significantly heightened risk of relapse and death.”

Another form of cruel and unusual punishment is the transition of methadone and buprenorphine-sustained patients to the drug naltrexone (Vivitrol). Although studies sponsored by the drug’s maker, Alkermes, found the medication successfully blocks the opioid receptors in the brain, keeping some patients free of opioids, the studies hid the fact that the psychological aspect of addiction keeps on burning. Preying on misinformation about what the two medications do, Alkermes made methadone and buprenorphine-sustained patients look like illicit drug users.

In his request to get methadone, P.G. stated naltrexone did not work for him, yet naltrexone was all that was offered to him and other nonpregnant incarcerated workers. Naltrexone has some benefit for patients whose opioid use disorder is less severe and who have a high likelihood of abstinence. However, the American Medical Association’s Journal of Ethics stated that while naltrexone was more useful than nothing, it still was not as successful as opioid-agonist therapies. They found its widespread use in prisons and jails was the result of lobbying on the part of Alkermes, rather than any studies proving its effectiveness in comparison to methadone and buprenorphine.

Methadone and buprenorphine — opioid agonist MAT therapies — have been found to be successful in patients seeking recovery from opioids. To remove them from their medication-assisted treatment adds an extra layer of punishment to their prison or jail sentences and almost certainly condemns them to relapse and death. P.G. was able to get methadone, but in many cases imprisoned patients are not given that option.

We have to continue to lobby for methadone and buprenorphine therapies to be seen as legitimate to save the lives of the incarcerated.