For many U.S. workers — especially low-wage workers — it has suddenly become much more difficult to put food on the table and to keep a roof over these tables. 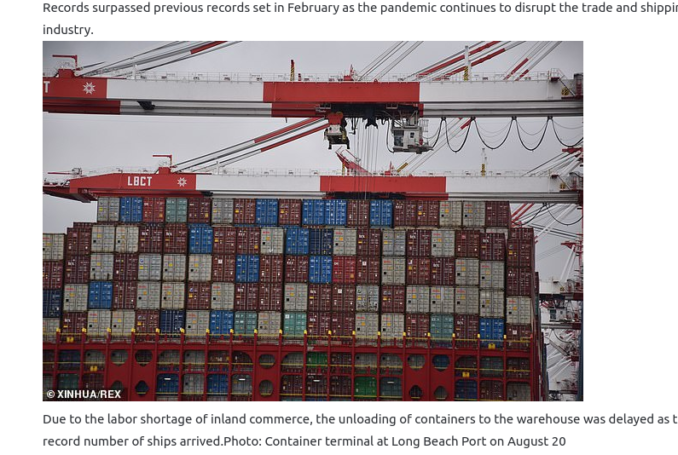 The Department of Labor estimates 9.2 million workers are enrolled in programs providing unemployment aid to workers affected by the pandemic. They include those not covered by traditional unemployment insurance — gig workers and the self-employed for instance — and workers who have exhausted their regular benefits. Federal Unemployment Pandemic Compensation added $300 a week to existing claims.

FPUC is scheduled, ironically, to end the Saturday before Labor Day. President Joe Biden apparently believes it is “appropriate” for the programs to end, because the economy is “so strong.” But whatever rosy feelings he has about the economy, this is one of the largest cuts in unemployment benefits since they were instituted during the Great Depression of the 1930s.

Do the arithmetic. Some 35 million U.S. workers and family members are either going to lose all their aid or collect $300 less a week beginning Labor Day

The Bureau of Labor Statistics jobs report of Sept. 3 had 235,000 jobs created in August, with a slight decline in the official jobless rate from 5.4% to 5.2%. While any drop in the number of officially unemployed workers is good news, the U.S. economy still has over 5 million fewer jobs than it had at the start of the pandemic.

The number of new hires for August was a sharp reduction from July’s figure of 1.05 million. With the spread of the COVID Delta variant, “5.6 million people reported they were unable to work because of the pandemic,” according to the Department of Labor.

The unemployment rate for Black workers rose from 8.2% to 8.8% (nearly double the rate for white workers). While more Black workers found work in August, about twice as many looked for work and didn’t find it.

Dr. William Spriggs, chief economist for the AFL-CIO and an economics professor at Howard University, commented to Business Insider on the frequent refrain in the business press that companies can’t find workers. Dr. Spriggs called this “the self-evident discrimination in the labor market revealing itself.”

In addition, in April the BLS reported women’s unemployment has increased by 2.9% more than men’s. Women and gender-oppressed workers have been especially hard hit by the pandemic.

One of the features of the current world economy is globalization, which means production of a given product is spread over a number of countries. “Just-in-time” manufacturing is a practice by which companies rely on timely deliveries in place of large inventories, which tie up capital and are subject to taxation.

This means major companies manufacturing autos and trucks rely on a few factories in Taiwan and mainland China for computer chips that are essential components of their products. These factories were shut down in anticipation of a drop in demand due to COVID. Then chip manufacturers started back up to supply the increased demand for chips in personal electronics. When auto companies needed chips, they were last in line. They have had to limit production, resulting in major layoffs.

Beyond these hitches in chip supply, which are extremely significant, there is a major transportation problem.

At least half the trade between countries in this era of globalization is conducted using containers, essentially truck trailers stacked on container ships by the thousands. While moving 10,000 or more containers on a ship only requires the labor of 20 or 30 seafarers, the facilities to unload them and send them to their final destinations are specialized and have been disrupted by COVID-induced shutdowns.

At the end of August, 44 container ships were waiting to dock and unload at the port of Los Angeles/Long Beach in California, which handles most of the trade between China and the United States. The normal backlog at LA/LB is zero to one ship. There are similar backlogs — although none as large — at other U.S. ports.

The waiting for essential goods like sheetrock, small motors, toilet paper and so on is very disruptive and a good part of why so many workers are unemployed.

The lack of planning under capitalism, driven by competition, has combined with the COVID pandemic to create mass suffering for workers. Now benefits that helped mitigate suffering have been eliminated by the heartless capitalist state.