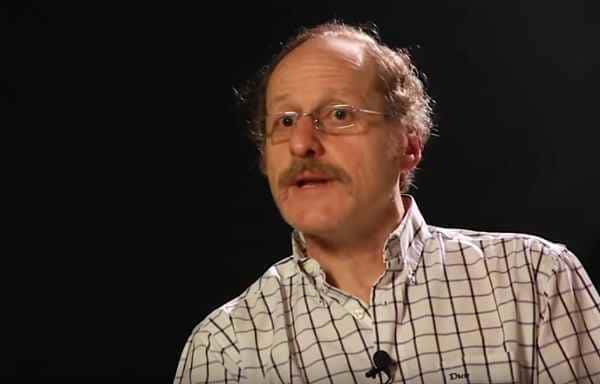 Dec. 17 — The following is from a lecture the author, an Argentine Marxist economist and political analyst, gave at the reception for the 12th Liberator Award for Critical Thinking 2019. It was given for his book, “La Teoría de la Dependencia, 50 Años Después” (“Theory of Dependency, 50 Years Later”).  Simón Bolívar is known as the “Liberator.” Translation by Michael Otto.

Dependency theory has also been very fruitful in complementary fields of the economy. It especially points out to us the geopolitical preeminence of imperialism — mindful of how the great powers dominate by using force. We Latin Americans have suffered many times from such imperialist intervention, which has dramatically intervened in the Middle East or Africa in recent decades.

Of course, besides using force, the capitalist class also maintains its hegemony through other mechanisms, such as ideology, consent, tradition and deception. And the current evaluation of international relations — in terms of unipolarity, bipolarity or multipolarity — is also very pertinent. But imperialism persists as a dominant fact of life, since capitalism could not persist without armies, military bases and cyber wars.

The Theory of Dependency highlights that evidence, as opposed to conventional political thinking, which invariably hides the coercive foundation of North American geopolitical-military preponderance.

The dependency tradition also studied sub-imperialism [hegemony of an imperialist great power over weaker rivals] to evaluate the oppressive role of certain regional powers. I believe this is an important concept for certain parts of Asia and the Middle East, but it has little significance today in the scenario of Latin America.

Conversely, it is most relevant to observe how U.S. imperialism has strengthened its grip on our region. As the United States lost ground on the world chessboard — after having commanded the first period of globalization — Donald Trump seeks to regain territory with bilateral demands, insults and aggressions of all kinds.

We don’t know if he will use the Pentagon and the Marines to reconquer economic primacy. Trump makes many threats without taking equivalent military action, and at times he seems aware of the limits of the empire he commands. So far, he has not achieved any of his objectives against other state powers, and he faces enormous internal opposition from Congress, the judicial system and African Americans.

To deal with that scenario, Trump is very aggressive toward Latin America. He seeks to showcase imperial power in the hemisphere in order to begin the recovery of the preeminence it has lost on a global scale. That is why he increases the presence of the Pentagon, maintains his harassment of Venezuela, resumes the embargo against Cuba and conspires to capture the Bolivian lithium reserves. He also imposed new demands for patents in the renewal of the free trade agreement with Mexico. He recently raised tariffs on Brazilian exports simply because of rumors of a possible free trade agreement between Brazil and China.

I believe that we should ignite all the warning flares when Trump sends out some imperial message, as when he is despising the Caribbean peoples, insulting the Mexicans or building the wall. We have to blow the whistle when he praises the army’s intervention against the people of Bolivia, reinforces U.S. bases in Colombia, weighs deployment of the Southern Command or appropriates an affiliate of PDVSA [Venezuela’s nationalized oil corporation].

But the most important thing is our response on the ground. And on that plane we have seen how the people of Venezuela have known how to disrupt all the conspiracies. They have shown that it is possible to stop the attacks of imperialism with determination, courage and bravery.

The right wing and fascism

Another area of great current relevance to the Theory of Dependency is the analysis of authoritarian regimes in Latin America. In the 1960s and 1970s, that conception studied the peculiarities of dictatorships and the models of counterinsurgency, evaluating the similarities and differences with fascism.

Using that approach, the theorists exposed the old error of hypotheses that deny the possibility of fascism in the peripheral [nonimperialist] countries. That point of view forgot that Latin America suffered from particular forms of dependent fascism [instead of the classical fascism of Italy and Germany], which reached their apogee in the Cold War and not in the 1930s. These aspects were reflected in Pinochetism [Chile] and Uribism [Colombia]. At present Bolsonaro embodies many powerful features of that strand, which in my opinion has little immediate viability.

But beyond these assessments, it is clear that the right-wing has erupted once again in Latin America. It leads a conservative restoration that seeks the greatest revenge against the progressive cycle [that began with the election of Chávez in Venezuela in 1998]. It repeats the classic script of all reactionaries, who hate the left-wing and imagine crude continental conspiracies allegedly designed by Cuba or Venezuela.

Unlike those in Europe, Latin American right-wingers do not so much demonize emigration. They masquerade as avengers for justice and resort to punitive demagogy, promising magic solutions to the plague of crime. They deliver hypocritical speeches about corruption and flood social networks with intrigues and fake news. But they are so servile to neoliberalism that they forget their old nationalist verbiage.

As we’ve seen in Bolivia, Honduras, Paraguay and Brazil, that right-wing is shamelessly oriented toward coups. It fosters institutional coups and utilizes legal action [“Lawfare”] to outlaw progressive leaders. Furthermore, the right-wing propagates mass media slanders, which are fabricated by the intelligence services, and it often relies on religious fanaticism to create fears and [takes advantage of differences among the people] to destroy solidarity.

Since this right-wing — which operates through the Organization of American States and the Lima Group — lacks autonomy and simply obeys orders from Washington, the anti-fascist struggle in Latin America is in fact a battle against imperialism. These two faces of the same popular resistance against the enemies of our peoples constitute another enduring message from the theorists of dependency.

A final observation on the position of the Marxist Theory of Dependence in critical thinking: Let’s remember that it was located at the opposite pole of [Brazilian political leader] Fernando Henrique Cardoso’s conventional version; this thinker first rejected the contradiction between dependency and development, then postulated development associated with transnational corporations and finally adopted all the dogmas of neoliberalism.

I believe that Marini, Dos Santos and Bambirra always sought to extend their conception beyond Latin America. And that comprehensive view was confirmed in recent applications, such as the use of dependency models to interpret the debt crisis in Greece. Their concept has also been used to explain how the euro is a monetary association, which imposes value transfers from the periphery to the center of Europe.

I think that such a widespread application of the Theory of Dependency is inspired by the writings of the mature Marx, who reevaluated the national struggle while imagining transitions to socialism from communal forms. It is also based on the later analyses of the classical (and post-war) Marxists, who wrote about the mechanisms of the drain of resources and the appropriation of the surplus of the periphery.

It is also necessary to note the harmony with contemporary thinkers, who explained the reasons for the dependence of Asia and Africa. Or the connection with authors who in recent years have theorized the dynamic of accumulation by dispossession and the new imperial logic dictated by mobile global overproduction.

In all those cases we can see how the dependency theory matured always in fruitful conceptual encounters. An important case was the connection with world-system theory — to understand how underdevelopment is recreated with the stratifications imposed by the international division of labor.

This same kind of confluence with endogenous Marxism [of Ecuadorian Agustín Cueva] made it possible to complement the analysis of the external extraction of resources with studies of internal obstructions to development.

In summary: I believe that if we persist in this tradition that enriches theoretical connections, we will be able to overcome the condition of being simple cultivators of dependency theory. And in that way we will be able to mature and correct mistakes collectively, facing the challenges of a political context very different from the one that reigned in the 1970s. This new scenario should lead us to revise our conceptions in the light of the real problems of the popular movement and the left.

I conclude this presentation with a tribute to three recently deceased figures of the Theory of Dependency: Samir Amin, Theotonio Dos Santos and Immanuel Wallerstein. All three shared the profile of the intellectual who aspires to reunify the social sciences, without imposing the primacy of one discipline over another. All three favored an all-around approach and sought different paths to avoid academic confinement.

For these reasons this award is also for them. It is a recognition of the memory and the great work of those who guided the development of the Theory of Dependency. I am sure they would be very happy to notice how their work is read and studied as a weapon of struggle — in the university, in the street and in militancy joined with the masses.

They aspired to build a future of equality and justice, their goal was a society with neither exploiters nor exploited masses, and we have the responsibility to make that ideal a reality. So again, thank you all very much for coming to this presentation of thinkers, comrades and friends.