Aug. 23 — U.S. politicians and journalists are all feigning deep concern about leaving behind tens of thousands of Afghans who worked for them. Meanwhile, U.S. financial institutions are busy planning a horrendous crisis for all Afghans, including their loyal collaborators. 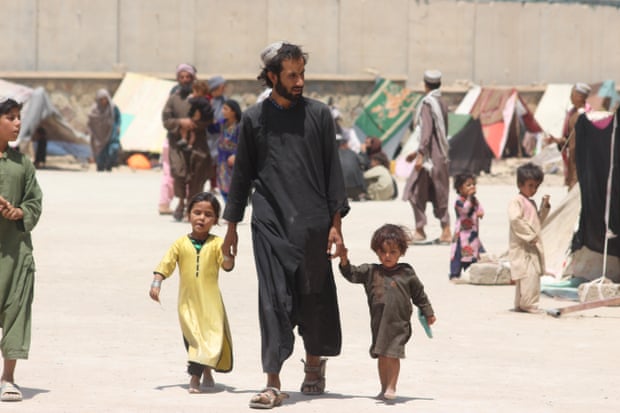 The cynical decision to seize all of Afghanistan’s assets is reported in the back pages of the business and financial news. The media calculates the effects of these plans as “catastrophic.” Plunging currency, hyperinflation and soaring food prices are the immediate predicted effects. An orchestrated famine on a devastating level is in the planning stages.

According to the Aug. 14 Voice of America: “Afghan people are facing both an artificial and natural disaster, rendering them unable to feed their families. The situation has all the hallmarks of a humanitarian catastrophe.”

U.S. imperialism has tried many ruthless tactics to sustain a position of military dominance in Central Asia. Afghanistan has borders with China, Iran and the former Soviet Republics bordering Russia. Imperialist strategists have considered Afghanistan a key piece in the “Great Game” among competing powers for over 150 years.

At the height of the most recent imperialist intervention, in 2010 the U.S. and dozens of NATO and “partner” compliant countries deployed more than 130,000 troops on 400 military bases, forward operating bases and combat outposts around Afghanistan and built 300 bases for Afghan puppet troops. (CBS News, Feb. 10, 2010)

Over the last 20 years, U.S. involvement in Afghanistan has generated images of brutalized captives, secret prisons, sexual violence, enforced disappearances and random killings. There have been hundreds of drone strikes on homes, weddings and village gatherings.

But none of these ruthless tactics, amid the all-pervasive rot of corruption, succeeded in maintaining U.S. domination. Each tactic, however, created greater misery, poverty and resistance.

The disarray is on display at Kabul Airport for the whole world to view. But U.S. corporate and banking power still has formidable power in their hands.

The next U.S. weapon is intentional starvation.

Even Afghan President Mohammed Ashraf Ghani, a totally corrupt politician who fled Afghanistan in a plane so stuffed with cash that skids of cash were left sitting on the tarmac, warned last year that 90% of Afghans already live below the government-determined poverty level of $2 a day.  (TOLOnews, July 20, 2020)

New York Times reporter Alan Rappeport, in one of several articles in the business section on the coming U.S. squeeze, wrote: “The United States and the international community are already shutting the flow of money, leaving Afghanistan in the stranglehold of sanctions that were designed to cut the Taliban off from the global financial system. Analysts say the looming shock threatens to amplify a humanitarian crisis in a country that has already endured years of war.”

Rappeport quotes Justin Sandefur, a senior fellow at the Center for Global Development, who said of cutting access to all funds, “In the short term, it’s potentially catastrophic . . . could inflict real pain on normal people.” (NY Times, July 21)

Treasury Department officials confidently assert that the Biden administration is working to prevent the Taliban from getting any of Afghanistan’s money.

The U.S. has blocked access to Afghanistan’s nearly $9.5 billion in the Afghan’s Central Bank’s assets. The money is held in the New York Federal Reserve and other U.S.-based financial institutions. (Al-Jazeera, Aug. 18)

The International Monetary Fund suspended plans to distribute more than $460 million in emergency reserves to the country. The IMF is funded with contributions by its 190 member nations; however, the United States is the largest shareholder and has always controlled the institution since it was established in 1944.

The $1.3 billion held in funds in euros and British pounds and by the Swiss-based Bank for International Settlements are also frozen. Funds from the agreement in November 2020 among six countries to send $12 billion over four years for emergency relief to Afghanistan are frozen. Germany has frozen its funds. All the imperialist countries are participating in the financial squeeze.

Even Afghanistan’s share of a $650 billion allocation of currency reserves known as Special Drawing Rights (SDRs), to help developing countries cope with the coronavirus pandemic, is frozen.

The U.S. government doesn’t need any fresh authority to freeze Afghan monetary reserves. Financial sanctions have been in place since the aftermath of the 9/11 attack.

A ‘Crime Against Humanity’

The U.S. is now leveraging its last measure of control to inflict maximum damage. This is not a by-product of the confusion of war. This is an enforced and calculated crime against humanity. Depriving civilians of access to food or targeting civilians in a systematic policy that causes suffering and death is defined in international law as a Crime Against Humanity.

Rappeport described the impact of other unilateral economic sanctions. “There is precedent for the IMF to block countries from their currency reserves. Earlier this year, the fund said that Venezuela would not have access to the $5 billion of SDRs that it would have received, because of a dispute over the Maduro government’s legitimacy.” (NY Times, Aug. 21)

Venezuela was a country that, before the U.S.-imposed economic sanctions, provided for its population with generous food subsidies, free medical care, free education for the whole population and millions of subsidized housing units. Now U.S. sanctions are strangling Venezuela.

Afghanistan is totally dependent on shipments of U.S. dollars every few weeks. Its imports are about five times greater than its exports. Now all the money is blocked. Ajmal Ahmady, former acting governor of the Afghan National Bank, fled the country and tweeted safely from afar: “We can say the accessible funds to the Taliban are perhaps 0.1-0.2% of Afghanistan’s total international reserves. Not much.”

Banker Ahmady has tweeted: “If the Taliban can’t gain access to the central bank’s reserves, this would help start a cycle in which the national currency will depreciate, and inflation will rise rapidly and worsen poverty. That’s going to hurt people’s living standards. Now Afghanistan can only get access to its own money by negotiating with the U.S.”

Seizing the central bank’s money and cutting all international aid, in a poor country where three-quarters of public spending is financed by grants, gives Washington powerful leverage. U.S. strategists understand the impact of freezing funds and can calibrate this tactic to inflict maximum pain.

The immediate food insecurity was made much worse by both drought and floods in the past three years. Climate crisis had already led to big price spikes for staples like wheat flour, rice and cooking oil.

U.N. officials now warn of dire food shortages. The World Food Program is warning of a dramatic rise in the number of hungry people in Afghanistan.

This is the very real threat that stands behind President Joe Biden’s sudden announcement on Aug. 22, a week after the government collapse, that Washington was considering extending evacuation efforts beyond his Aug. 31 deadline to leave Afghanistan.

Biden said that about 28,000 U.S. citizens, allies and Afghans have been transported out since the Taliban’s takeover of Kabul Aug. 15. As many as 80,000 Americans and Afghans who worked for the U.S. are still scheduled to be evacuated. This is the excuse for an extended stay while new, even more onerous concessions are demanded.

This is an urgent moment to demand: U.S. out of Afghanistan — totally out, and end the U.S.-imposed sanctions. Let Afghanistan Live!