The Venezuelan Special Envoy to Iran, Alex Saab, reiterated his call for justice, through a letter received through his lawyers, one day before the case was to be heard again in the Constitutional Court of Cape Verde on August 13. 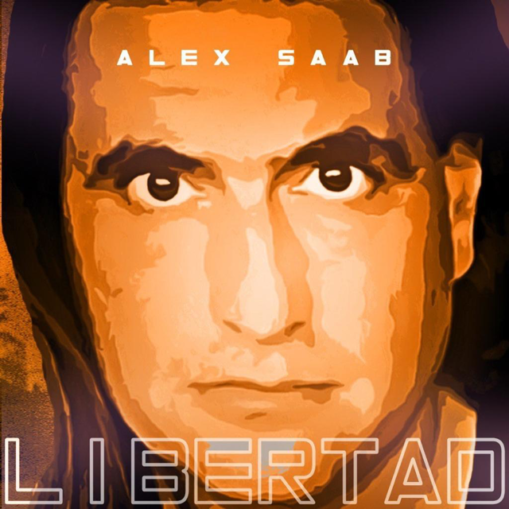 Alex Saab was pulled off a plane on June 12, 2020, during a refueling stop in the Republic of Cape Verde, an island nation off Africa’s West Coast.

U.S. authorities, in violation of international law, had ordered his arrest.

At the time of his seizure, Saab, a Venezuelan diplomat, was on a humanitarian mission to Iran to arrange emergency shipments of food, medicine and essential supplies for Venezuela. Detained and imprisoned in total isolation and darkness in Cape Verde for the past year, Saab has also been tortured. Saab is battling cancer and urgently needs to be cared for by his doctors in Venezuela.

To support the release of Alex Saab, please sign the petition at tinyurl.com/2atpxu4n.

Today, [Aug. 12], one day before the hearing before the Constitutional Court, which I was not allowed to attend, it is 427 days since I was kidnapped in the Republic of Cape Verde under direct instructions from the United States.

At that time, I was a Special Envoy at the service of the State, ever since April 2018, always on special peaceful humanitarian missions, under the instructions of President Nicolás Maduro to meet basic needs of the country, such as food and medicines, among others.

To emphasize, I was traveling in the capacity of Special Envoy, a position I had the humility and honor to accept in 2018, precisely to ensure that I could travel freely and unhindered by those who engage in illegal unilateral sanctions against the Bolivarian Republic of Venezuela.

As a nation we have been blessed with a President who wants only the best for the people of the Bolivarian Republic of Venezuela. The leadership of President Nicolás Maduro and his main collaborators have ensured that, despite the efforts of the United States to impose its political will and extra-territorially impose its laws on us, Venezuela has been able to count on the many years of trust and friendship with the Russian Federation, the People’s Republic of China, the Islamic Republic of Iran, the Republic of Cuba and the Republic of Turkey, among many, many other allies, to ensure that we have not only survived the illegal sanctions, but that we are seeing the beginning of economic recovery.

What happened to me today can happen to anyone else tomorrow. The Russian Federation has today issued a clear and forceful reminder to the United States and Cape Verde that international law exists to protect us.

As the Ministry of Foreign Affairs of the Russian Federation says today: “‘Extraditing a diplomat from a third country has a negative impact on international relations and can have a ‘boomerang effect’ for any country, including the United States itself, as well as for other states involved in dangerous games with international law.”

Our country is beginning to see the fruits of the economic policies of President Nicolás Maduro and his team; and it is important to remember this, as we prepare for the November 21 elections. Our strength is our unity. Our unity will show the world the transparency of our government. That is why we must sweep these elections.

As much as some U.S. officials have tried, either with words or with weapons, using “paid pseudo-patriots,” who jump and dance like monkeys on a chain in a village market and then seek refuge in Spain, Colombia and, of course, in the United States, they have never been able to and will never be able to break us.

Most of them have sold their dignity in exchange for U.S. passports and money.

They are only interested in telling the world infamies against Venezuela and never the evil they have caused us.

We have not invaded other countries; we have not tried to impose our philosophy on others. Our leaders have demonstrated time and again that we believe in peaceful coexistence and respect the sovereignty of other nations, as required by the United Nations Charter. But are we recognized for this in the media? No, because peace does not sell newsprint; peace does not sell advertising space, and peace does not give subjective talk show hosts anything to talk about.

We have survived because of our unity and because we know that surrender is not an option.

We are not like some nations that have no resources and are therefore pushed to bend their knees and reach out like beggars. We are a nation blessed with all natural resources in abundance.

Unfortunately, the “patriots for hire” sang and danced to the orders of others and not their homeland and continue to denounce any initiative taken to improve the lives of the people of Venezuela as if it were something irregular.

Let me end by saying that I am a man of my word, who does not change his values and principles because of the circumstances I am in today or tomorrow.

No matter how loud the pseudo-journalists shout, no matter the pressures from other states, I will never turn my back on the people of Venezuela or our President Nicolás Maduro.

Iran labels Alex Saab a prisoner of war, stating: “Mr. Alex Saab, with a diplomatic passport and as an envoy of the Venezuelan government to provide medical and food items to the people of Venezuela, had the mission of preventing the United States government from enforcing its national and extraterritorial laws only for political purposes.”

The Russian Foreign Ministry issued a statement on the case of Alex Saab: “This practice of seizing citizens of other countries, including the Russian Federation, in third countries on fabricated charges by U.S. law enforcement agencies, has become the infamous ‘business card’ of the United States. Now Washington seems to have decided to go to a new level, setting a harmful precedent for the extradition of an authorized person with diplomatic status. . . .”