The Intergovernmental Panel on Climate Change, a scientific body assembled by the United Nations, released yet another major report on climate change on Aug. 9. 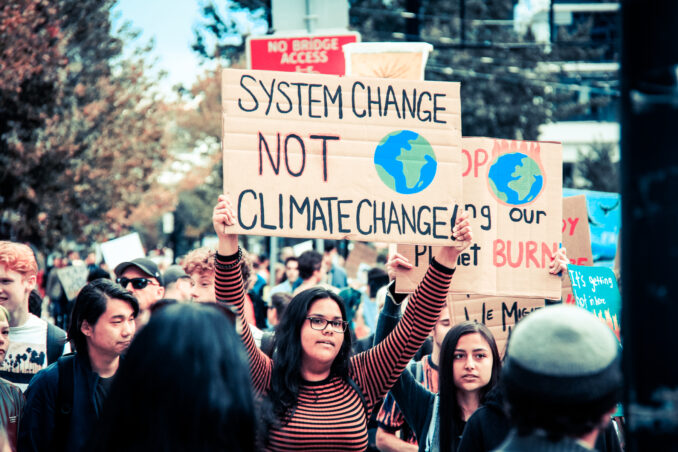 No thinking person needs a U.N. report to know that the climate has changed, and for the worse. The dire consequences are happening in real time. The continued burning of coal, oil and other fossil fuels by the multinational capitalist corporations as well as the military, with the complicity of their governments, is here for the world to see.

The day after the report, the New York Times summed up five takeaways from the IPCC report: “human influence has unequivocally warmed the planet; climate science is getting better and more precise; climate changes are happening rapidly; we are locked into 30 years of worsening climate impacts no matter what the world does; there is still a window in which humans can alter the climate path.”

The UN report concluded that “the world cannot avoid some devastating impacts of climate change, but that there is still a narrow window to keep the devastation from getting even worse.”

Who is to blame?

The report and the news that followed made a big deal about the fact that it is indeed “human influence [that] unequivocally warmed the planet.” Well, what a relief it wasn’t Martians.

Tomorrow is too late

For decades, the masses who first experienced the consequences of climate change have been demanding change. Demonstrations, conferences and many other events have been carried out throughout the Americas, Africa and Asia to do something on the changing climate. No one has heeded their call.

Almost 30 years ago, Fidel Castro, the beloved leader of Cuba and architect of the Cuban Revolution, warned the world about the looming climate change crisis at the 1992 Earth Summit in Brazil: “An important biological species — humankind — is at risk of disappearing due to the rapid and progressive elimination of its natural habitat. We are becoming aware of this problem when it is almost too late to prevent it. Tomorrow will be too late to do what we should have done a long time ago.”

Cuba is the most sustainable nation in the world, according to the U.N. itself. It would be wise to heed not only these words but their practices.

Where is the political will?

The New York Times article stated: “Many hope that the report, which covers the latest advances in climate science, will galvanize action at the UN climate summit in Glasgow, UK, this November.”

Yet this Climate Change Conference, also known as COP26, is the 26th conference the UN has held. Twenty-six conferences, yet the climate crisis only gets worse, and no major government is doing anything to rectify the situation.

Except China. This nation is doing everything in its power to meet the needs of its people, as well as move to a more sustainable economy. And it is succeeding.

It is no wonder that young people like Thunberg don’t have much faith in these entities. Or in their governments.

Where is the political will in the major imperialist countries to address this crisis? It is ominously quiet in the Exxon boardrooms.

But it is not the children, families or friends of Exxon or the Pentagon generals who are dying from climate change.

The IPCC report says that “we are locked into 30 years of worsening climate impacts no matter what the world does.” Thirty more years of wildfires, scorching heat, floods, food insecurity and death and destruction.

The 26th UN Climate Change conference will be held in Glasgow, Scotland, from Oct. 31 to Nov. 12, under the authority of the United Kingdom. Does this meeting hold any hope for those in Indonesia whose cities will soon be under water? No, it does not.  Twenty-six years of conferencing has proven to be only dangerous rhetoric.

Yet this gathering must be challenged. The noise must be made that shakes them to their boots. They need to know that the only political will that can seriously address the climate crisis is coming from activists and entities who want the economic system of capitalism abolished.

China and Cuba are two socialist systems that prove that capitalism must be abolished in order to save the planet and its people.

The next global report should come from those who are really addressing climate change, who have created revolutionary change to abolish the Pentagon and shut down the pipelines of every single oil corporation.

Time is up on climate change.  But it is not too late for society to obtain the political will to adapt to and at least partly reverse climate change, with the needs of the masses of people, not the corporate flunkies, in mind.