Philadelphia – Despite temperatures in the mid-90s, more than 50 community activists rallied here on Aug. 12 to demand Immigration and Customs Enforcement (ICE) cease transferring migrant workers and refugees from a detention center in York, Pa., to other prisons. Recorded voices from people impacted by transfers were heard by the crowd before participants marched to the nearby Asian community’s Vine Street Park, where an ending rally took place. 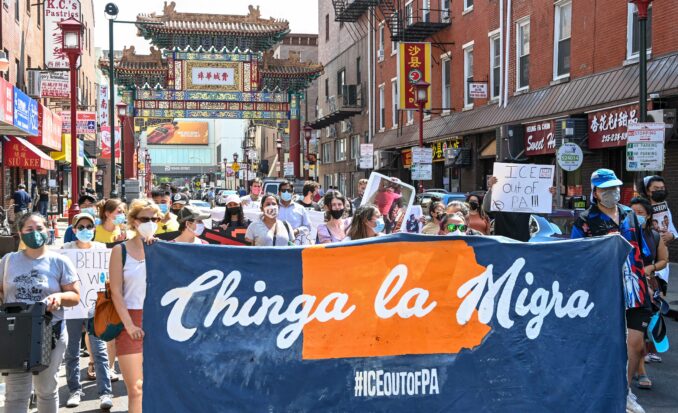 Juntos, a community-led Latinx immigration rights organization in Philadelphia, released a report in 2019 detailing the inhumane conditions there. (bit.ly/3CEAms6)

The decision to end the much-criticized contract follows years of mass pressure that included petitions, phone zaps, twitter storms, sit-ins, countless meetings, and many in-person protests outside the York prison as well as at the Philadelphia ICE office. 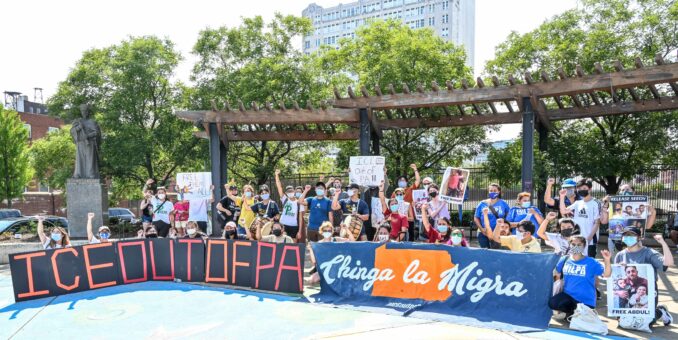 Erika Guadalupe Nuñez, executive director of Juntos, said that “ICE is pulling out of York because it couldn’t reach an agreement, but that doesn’t mean that the people who are there will be released.”

Activists are concerned that people will lose access to their support networks, including lawyers and volunteers, if they’re transferred.

Community activists, attorneys and organizations have won the release of nearly 100 loved ones from ICE detention at York County Prison, but 200 others formerly detained at York have been transferred to other detention centers out of state, away from their families, community members and legal representation. These transfers are inhumane. Even though York County’s contract with ICE is over, the hated institution has already taken steps to open a new detention center, reportedly at the Moshannon Valley Correctional Facility in Decatur Township near Philipsburg, Pa. (theprogressnews.com, Aug. 6)