Billionaire Warren Buffett’s public relations company, Business Wire, has refused to distribute a press release announcing the publication in China of a U.S. book that compares the responses to COVID by capitalist and socialist governments. 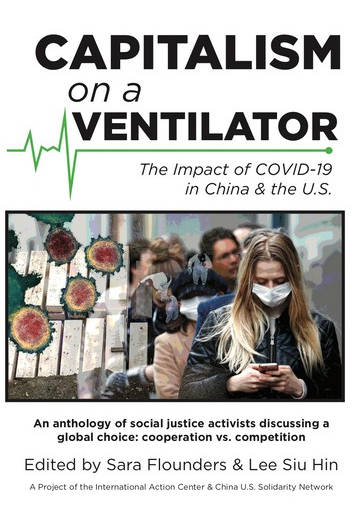 The headline of the press release referred to the fact that the book, “Capitalism on a Ventilator” — originally published in the U.S. in July 2020 and now being translated and published in China — was banned by Amazon last fall.

“Business Wire is a commercial service that advertises expensive media access — to what is supposed to be the ‘free press’ of the United States,” said one of the book’s authors and editors, Lee Siu Hin. “I am their paid customer and have the right to understand which policy our press release has violated — I’ve used their service before with no problem — but they never offered any explanation and just terminated our account.

“If the United States is anti-authoritarian and a bastion of liberties like free speech,” Lee continued, “then why has ‘liberal’ Warren Buffett’s PR service Business Wire censored a press release simply announcing the news that ‘Capitalism on a Ventilator’ will be published in China?”

As the Delta variant of COVID spreads like wildfire, the U.S. death toll has soared past 600,000 in this country of 350 million – the highest in the world. By contrast, the number of deaths in China, a country of 1.4 billion, has remained below 5,000.

“The standout response to COVID, which should be studied and emulated,” said Lee, “remains that of the Chinese government, which in a matter of months mobilized its entire society to arrest the virus — and continues to do so whenever new outbreaks arise.

“And the standard U.S. media explanation of how China’s Communist Party was able to mobilize so quickly is always summed up in one word — authoritarian. Yet a leading light of the U.S. billionaire class is showing the true face of capitalism’s authoritarian nature, trying to block news from coming out about the publication of a timely and important book.”

Billionaires are clearly not open to the message of “Capitalism on a Ventilator.” As the press release title mentions, Bezos’ union-busting Amazon tried to ban the book from the company’s all-powerful platform, claiming the book did not “comply with [Amazon’s] guidelines” and falsely listing it as “out-of-print.”

While an outcry eventually forced Amazon to carry the title on its megasite, even now it cannot be found on Kindle, the publishing giant’s e-book format.