The movement to create safe injection and consumption sites for drug addicts is marching ever forward! Despite setbacks like one in Philadelphia, where NIMBYs temporarily defeated the nonprofit Safehouse, harm reduction organizations and individuals are struggling for this most necessary item in the toolbox against overdoses. 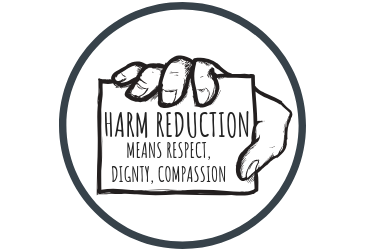 Gov. Dan McKee of Rhode Island signed into law a bill that would create safe injection and consumption sites. Although the program will run only two years during its pilot phase, it is a good first step in turning the country around when it comes to harm reduction and drug use. Part of the program is an advisory committee working with the state’s Department of Health to make sites most effective in preventing overdoses and needle sharing.

R.I. State Rep. John Edwards — sponsor of the bill — is one of the few politicians to acknowledge how important safe injection and consumption sites are. He said, “Not only do harm reduction centers severely mitigate the chance of overdose, they are a gateway to treatment and rehabilitation of people with substance abuse disorder.” This is true: addicts will eventually become tired of the drug life and will need a place to turn to get clean. Because of the inadequacy of 12-Step based rehabilitation centers, a higher standard of opioid addiction treatment is necessary.

What is this higher standard? Methadone (Methadose, Diskets) and buprenorphine (Suboxone, Subutex, Sublocade, Zubsolv). The safe injection and consumption sites planned for Rhode Island and Philadelphia would make accessing these key medications easier. Ordinary methadone and buprenorphine clinics can be intimidating to the addict seeking medication-assisted treatment.

Additionally, some clinics require both a hot urinalysis (in other words they need to test “dirty”) and a history of medical identification of addiction to get patients onto Medication-Assisted Treatment. In a safe injection and consumption site, all that would be needed would be to be an active user of drugs, without a requirement for a history of medical non-MAT interventions. They would be inducted on methadone or buprenorphine on the spot.

How can the opioid epidemic be halted?

To stop the drug-overdose epidemic, we need to acknowledge two things: one, that addiction is a mental illness; and two, use of drugs should not be a crime. The War on Drugs, which fueled mass incarceration, was a complete and total failure since its beginning. Safe injection and consumption sites are a step in the direction of declaring an end to the so-called “War.”

What exactly does a safe injection and consumption site do? Firstly and most prominently, it can prevent most overdoses and save the user from almost certain fentanyl-related death. When addicts go to these sites, they come with their own drugs, and those drugs can be tested before the addict uses them. Whether that keeps them from using it is their own choice, but they would still be savable if something goes wrong and they OD.

Next, a safe injection and consumption site can lessen the transmission of disease and infection. The use of needles often comes with the need to share them, because there aren’t enough clean needles available. This causes the spread of HIV, Hepatitis B and C. Cleaning needles becomes difficult as well; if they are not cleaned properly, the person ends up with abscesses and other forms of infection. With a safe injection and consumption site, needles would be freely distributed, and the rate of infections and disease would drop in drug-user communities.

People will use safe sites

Thousands of people in the United States and Canada have died due to overdoses caused by fentanyl and fentanyl analogues (acetylfentanyl, butyrfentanyl, ohmefentanyl, carfentanil). There is a need for more medical research into the success and importance of safe injection sites to silence critics and show them that this is the only way out of the opioid and overdose epidemics.

Fortunately a study has been done: “Evaluation of an Unsanctioned Safe Consumption Site in the United States,” published by the New England Journal of Medicine in August 2020. This study found that out of around 10,000 injections of heroin and other drugs in an unsanctioned and anonymous safe consumption site, there were only 33 nonfatal opioid overdoses at the facility, all reversed with Narcan (naloxone).

Finally, a study on the evidence of whether or not a safe consumption site would work, centered in part on Philadelphia, showed there was and would be a drop in financial costs of addiction, including hospitalizations due to infection of wounds and infection with HIV and Hepatitis B and C. (tinyurl.com/phn8ydyk)

The capitalists are responsible for the opioid and overdose epidemics, and the money Big Pharma has been forced to pay for its role — a punishment that does not go far enough — could be used to fund these safe consumption and injection sites.

Look towards the Rhode Island example and beyond. Look towards the potential for the epidemics to end, if we become more people-oriented and not capitalist-oriented or police/prison-oriented.