Former U.S. Air Force intelligence analyst and whistleblower Daniel Hale was sentenced to 45 months in prison on July 27 in the U.S. District Court in Alexandria, Va.

Hale pled guilty in March for charges related to leaking classified information about U.S. drone assassinations to reporters. The documents revealed that 90% of all casualties of U.S. drone attacks are civilians.

In a 10-page, handwritten letter submitted to the judge on motives for his action, Hale said, “My conscience, once held at bay, came roaring back to life,” as he became “increasingly aware that the war had very little to do with preventing terror from coming into the United States and a lot more to do with protecting the profits of weapons manufacturers and so-called defense contractors.” 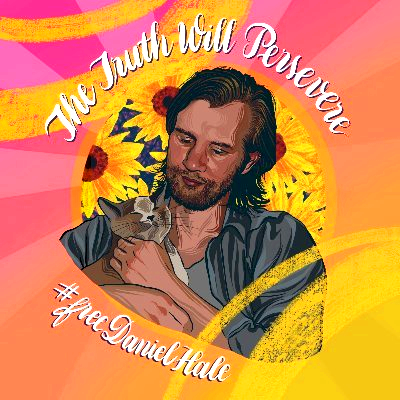 A post on the Daniel Hale Support TeamTwitter account noted the irony that on July 31 — National Whistleblower Day — Hale was transferred to Northern Neck Regional Jail in Warsaw, Va., and housed in a single room with 100 other incarcerated people. None were provided with either mattress or blanket. Hale, in his early 30s, spent his Aug. 1 birthday in the holding cell.

Hale is a military whistleblower who refused to compromise his principles. The U.S. Department of Justice initiated an investigation during former President Donald Trump’s term of office and prosecuted Hale under the 1917 Espionage Act. For over a century the U.S. has prosecuted antiwar activists as spies, including Eugene V. Debs, Emma Goldman, Julius and Ethel Rosenberg and Daniel Ellsberg.

Jeremy Scahill, the Intercept reporter to whom Hale leaked the classified drone program documents, said in a July 30 Intercept article that prosecutors’ use of the Espionage Act was “an effort to break Hale’s spirit and to frighten other prospective whistleblowers. That President Joe Biden’s Justice Department continued this prosecution, instead of dropping the Trump administration’s case, serves as an ominous reminder that the war on whistleblowers is a permanent fixture of the U.S. system.”

Hale is just the latest of a new generation of U.S. political prisoners, including whistleblowers Edward Snowden, Chelsea Manning and Reality Winner — all charged with espionage for leaking information about illegal U.S. intelligence activities and war crimes. Philadelphia teacher and organizer Ant Smith faces years of federal imprisonment, after being charged, like Hale, by a right-wing prosecutor working for the Trump administration.  Free Daniel Hale! Free all U.S. political prisoners!