The international campaign to oppose President Abdul Fatah el Sisi’s repression in Egypt has come to New York City. Medhat Mahmoud and Bahgat Saber, two Egyptians living in the New York metropolitan area, are in the third week of a hunger strike in Dag Hammarskjöld Plaza, kitty-corner from the New York headquarters of the United Nations. 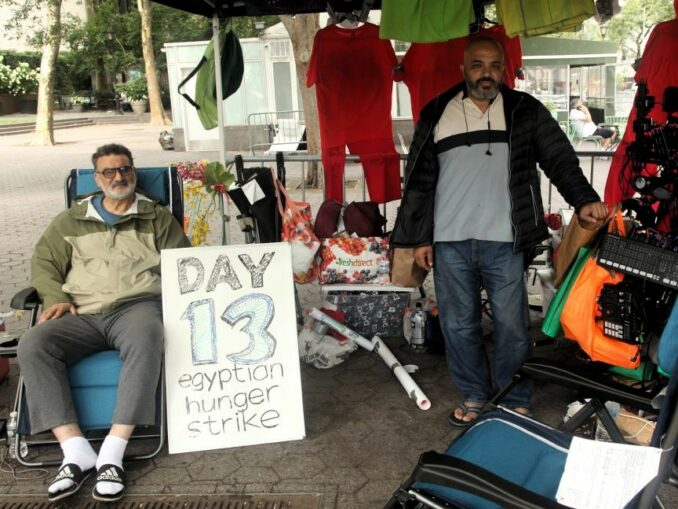 They are protesting the death sentence just confirmed against 12 activists, a number of whom are leaders of the Muslim Brotherhood, members of the elected Egyptian government.

They were convicted at a mass trial of 739 defendants, where no individualized evidence was presented at any point, and the defense was not given the opportunity to defend individual clients, according to the International Commission of Jurists.

President el Sisi has adopted a policy of harsh repression, given that the Egyptian economy has turned sour. Inflation has jumped, with some economists disputing the official figures. And unemployment — especially for people under 35, even for those with a college degree — is also high.

— report and photo by G. Dunkel