Ruchell Cinque Magee, a U.S. political prisoner who has served over 58 years in California prisons, was again denied parole July 15 by the state’s Board of Parole Hearings. Why won’t the state of California allow Magee to go free? 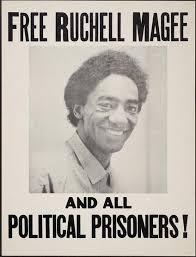 His story begins as a Black man from Louisiana, who since 1955 has had to deal with this racist injustice system. Magee remains in prison today because he participated in a bold, heroic action in an attempt to free political prisoners George Jackson, John Clutchette and Fleeta Drumgo, known as the Soledad Brothers, over 50 years ago.

Magee grew up in Louisiana; and at the age of 16, he faced a racist conviction in 1955 for “attempted aggravated rape” for having a relationship with a white girl in an area dominated by the Ku Klux Klan.

His conviction occurred at the same time that Emmett Till was lynched in Money, Miss., for supposedly whistling at a white woman. Magee was sentenced to eight years in Angola State Prison. He was legally ordered to leave Louisiana in 1962; and when finally released from Angola in 1963, Magee went to Los Angeles. (tinyurl.com/333jn64z)

Magee was arrested that same year after a disagreement with someone about a $10 bag of marijuana. After his arrest, he was beaten so badly he had to be hospitalized for three days. He was then railroaded by the Superior Court of Los Angeles County, via extreme malpractice by both prosecution and defense attorneys, and sentenced to seven years to life in prison for a bogus charge of attempting to kidnap someone to commit robbery for $10.

California built its vast prison system and exponentially increased its prison population of poor Black, Brown and Indigenous peoples by sentencing them to indeterminate sentences for petty theft and drug-related crimes. Magee was one of the victims of this racist and outrageous sentencing system. Once convicted, it was almost impossible to get parole during these years.

Like George Jackson and so many other incarcerated Black people, Magee became politicized while inside, adding the middle name of “Cinque” after the African freedom fighter Cinqué, who led a rebellion on the slave ship La Amistad. Magee believed and stated, “Slavery 400 years ago, slavery today — it’s the same but with a new name.”

He became known throughout the prison as a jailhouse lawyer. He filed a wrongful death lawsuit and helped win a big settlement for the family of Fred Billingsly, who was tear-gassed and beaten to death by San Quentin guards while in his cell in February 1970.

On August 7, 1970, Jonathan Jackson, the 17-year-old brother of George Jackson, burst into a Marin County courtroom armed with guns with the intention of taking over the courtroom to demand the release of the Soledad Brothers. They were charged with killing a white guard at Soledad State Prison, notoriously known for racist murders and brutality against Black and Brown prisoners.

Three prisoners, William Christmas, James McClain and Magee, who were in the courtroom that day, joined the escape attempt. Magee and Christmas were in court to testify in support of McClain, who was facing charges for assaulting a guard at Soledad after the Billingsly murder.

Jackson and the three prisoners took several hostages, including Judge Harold Haley, Deputy District Attorney Gary Thomas and three jurors, and attempted to escape in a van. The San Quentin guards fired into the van, killing everyone but Magee and the prosecutor, who were both badly wounded.

This August 7 will mark the 51st anniversary of Jonathan Jackson’s heroic effort to free his brother and two other political prisoners.

Magee wrote, “Once the facts can be clearly established and shown to the people, where these dogs are practicing slavery under the color of law, then this automatically requires a special investigation by the people to look for themselves. They will find that these judges are criminals.” (freeruchellmagee.org/about)

Magee wanted to conduct a very political trial that challenged the validity of the prison system and recognized his right like Cinque’s to fight for his freedom against slavery.

The legal team of Magee’s co-defendant Angela Davis, who was facing charges for supposedly purchasing the weapons used in the courthouse action, had a different legal strategy and separated the cases. Magee went on alone in his legal defense battle, eventually defending himself pro se.

Fortunately the murder charges were dropped, but he was convicted of “simple kidnap.” The verdict in the more serious kidnapping charge was disputed, and Magee believes he was acquitted of that charge. (tinyurl.com/6fpweaf4)

Magee was sentenced in 1975 to life in prison and has gone before the parole board many times since then. Each time, he has been denied parole. He is now 82 years old, having served over 58 years in prison, and is now incarcerated at the California Medical Facility.

Free Ruchell Magee!  Free them all!

The Coalition to Free Ruchell Magee, the Jericho Movement and other groups organized a groundswell of support for Magee during his last parole effort July 15. A current petition to California Governor Gavin Newsom to grant clemency for Magee states: “As an elder, he faces constant mental and physical health risks every day from nearly six decades of incarceration. With the COVID-19 pandemic raging across California’s prisons throughout 2020 and 2021, Ruchell has been in significant danger of falling ill.” (tinyurl.com/5hf9xty2)

Incarcerated people in California’s prisons have suffered high COVID infection rates and deaths due to the prison system’s refusal to stop transfers and cell extractions and to provide adequate medical care to people inside.

The Jericho Movement, Campaign to Bring Mumia Home, Incarcerated Workers Organizing Committee and International Leonard Peltier Defense Committee have launched a coalition called “The Spirit of Mandela” to organize the international campaign to free all U.S. political prisoners, most of whom are elderly, ill and facing death inside. (spiritofmandela.org/)

Magee, Sundiata Acoli, Mutulu Shakur, Russell Maroon Shoatz, Mumia Abu-Jamal, David Gilbert and Leonard Peltier are some of the aging political prisoners who have served decades of time for their bold defiance of racist murder and injustice. This year, 2021, has been designated the Year of the Political Prisoner. It’s time to free Ruchell Cinque Magee and free them all!