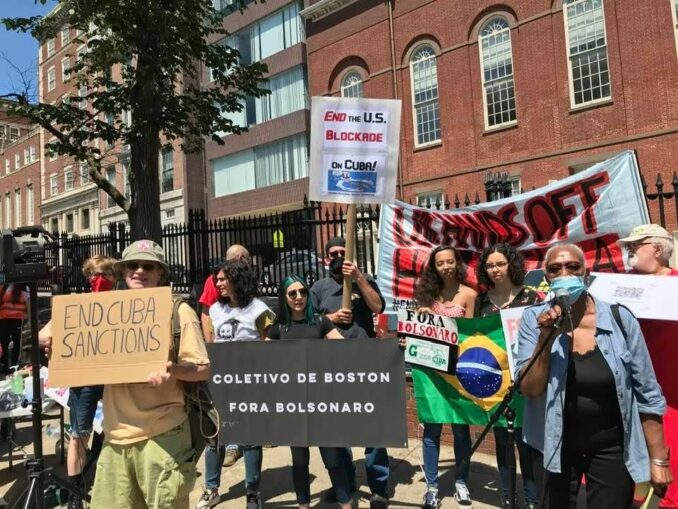 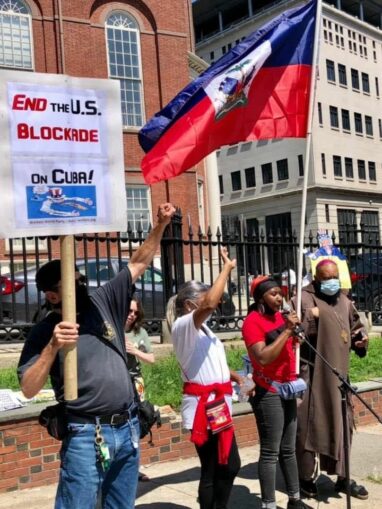 Passionate speakers condemned U.S. aggression and intervention in the Caribbean and Latin America, including its backing of fascist, mercenary forces repressing the popular movements of Brazil and Colombia and undermining the revolutionary socialist governments of Cuba, Venezuela, Nicaragua and Bolivia.

Many speakers expressed their heartfelt thanks and revolutionary love for Haiti and Cuba, emphasizing each country’s historic contributions in the struggle against slavery, racism and colonialism. Haiti’s victorious revolution against slavery in 1804 led to the first independent Black Republic in the Western Hemisphere.

Cuba’s world-renowned internationalism, in solidarity with workers and oppressed nations globally, expresses confidence that socialism will ultimately prevail in this hemisphere, including here in the U.S. — the belly of the beast.

Many left the rally committed to build greater unity and solidarity for socialism in Boston and the U.S.