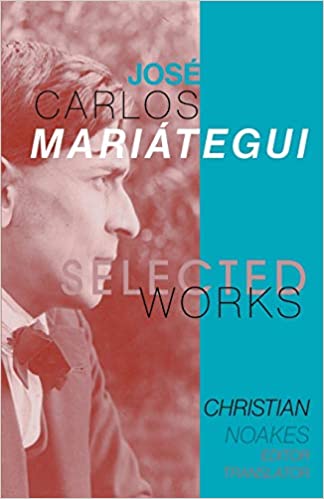 For more than a month, Keiko Fujimori and others in Peru’s right-wing opposition attempted to overturn the results of the June 6 presidential election that gave Perú Libre party’s candidate Pedro Castillo a narrow lead over Fujimori. On July 19, the National Jury of Elections upheld the results, officially declaring Castillo the winner. Castillo is set to take office July 28 for a five-year term.

The right wing’s undemocratic campaign against the popular teacher and peasant leader included the utilization of the bourgeois-dominated media to smear Castillo. There was attempted bribery, largely orchestrated by Vladimiro Montesinos, former intelligence chief, under the dictator Alberto Fujimori from his prison cell. (midwesternmarx.com, July 9)

Like the former president and father of Keiko Fujimori, Montesinos is serving time for corruption charges.

Perú Libre cites Marx, Lenin and Peru’s own José Carlos Mariátegui as the intellectual basis for its political vision. (tinyurl.com/4jnsbfwe) Unlike Marx and Lenin, Mariátegui’s contributions to the struggle for national liberation and socialism are far less known in much of the English-speaking world. Since Perú Libre pays such respect to Mariátegui, a study of his role can help in understanding events in that country.

Considered by many to be the founder of Latin American communism, he is celebrated for being the first person to utilize Marxist methods of analysis in order to better understand concrete reality in Peru and for carving a path to revolution based on these particular historical conditions.

As such, Mariátegui was one of the first Latin American socialists to acknowledge the revolutionary potential of the peasantry and Indigenous peoples. Rather than take a paternalistic or humanitarian position, he believed that these overlapping groups needed to be the architects of their own liberation and to do so using their own cultural knowledge, experience and language.

The attention Mariátegui paid to these marginalized populations, in both his thought and organizing efforts, set him apart from many of his contemporaries. He provided an ideological foundation for the melding of revolutionary socialism and struggles for Indigenous social, political and cultural inclusion throughout the region.

The practical or material grounding of his theories was, by itself, a monumental contribution to the struggle of oppressed and exploited Peruvians. His revolutionary activities, however, went well beyond the written page. In 1928, he founded the Peruvian Socialist Party, a Marxist-Leninist vanguard party that sought to unite the country’s urban and rural working class, under the direction of a core group of communists, and connect the national struggle to the internationalist communist movement via the Third International.

As the party’s first secretary-general, Mariátegui trained and developed party leaders or cadres from working-class and Indigenous populations, who then organized their communities. Among the party’s activities was the creation of the General Confederation of Peruvian Workers (CGTP), a Marxist trade union federation that worked in tandem with the party to organize and unite the urban and rural masses.

Mariátegui’s emphasis on the revolutionary role of peasant and Indigenous masses, the subjective factor of class consciousness and the dialectical relationship between nationalism and internationalism have had a lasting impact on both Peruvian Marxism and Latin American Marxism as a whole.

Mariátegui’s influence in the region is wide-reaching and can be seen in the likes of Ché Guevara, the Sandinistas and the liberation theologians. His thought is undeniably foundational to Perú Libre’s political orientation and aspirations.

The victory of Pedro Castillo and Perú Libre belongs to the country’s oppressed and exploited masses. However, the struggle is far from over. Now, according to the writing of the party, begins the “search for a new, more equitable and just society which will rescue its children from modern slavery in its various forms. Building that society is not an easy task; it implies fighting against recesses of power, embedded not only in its institutions but in our minds.

“To achieve the Party’s aspirations, we must bear in mind that the Party needs in its leadership, like the government in its public officials, highly technical politicians and highly political technicians, neither of these two qualities must be divorced from the other. They must be concatenated, so that the revolutionary machinery can march.”

Parts of this article have been adapted from the author’s introduction to Iskra Books’ “Selected Works of José Carlos Mariátegui.” A free PDF is available at tinyurl.com/5cwywkss and print copies are available for purchase at tinyurl.com/r4drba99.