Daniel Hale, a former Air Force intelligence analyst, faces up to 10 years in prison for releasing documents relating to the Pentagon’s drone program. The documents expose atrocities and the existence of “kill lists” that name people targeted for assassination.

Hale pleaded guilty to one count of violating the 1917 Espionage Act. However, he is scheduled to be sentenced in federal court July 27 for providing classified documents on the drone program to The Intercept. The magazine’s actual anonymous source confirms it was not Hale. 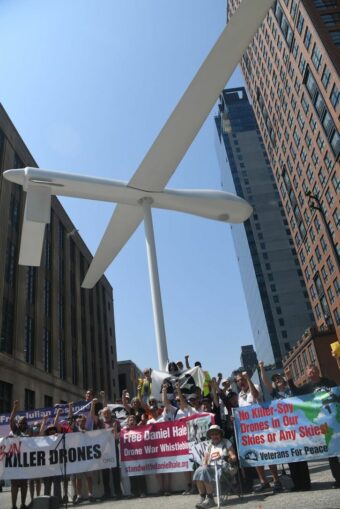 “Joe Biden apparently wants to see Daniel Hale buried in prison to set an example for potential whistleblowers, because the documents that Daniel so courageously released reveal the atrocities, illegality and moral impossibility of drone warfare and drone surveillance,” said Nick Mottern, co-coordinator of BanKillerDrones.org, in the press release announcing the event. “We’re demanding that President Biden pardon Daniel Hale.”