Ghandafar Abu Atwan, a 28-year-old Palestinian man, has finally been released after a 64-day hunger strike. He was protesting his arbitrary imprisonment by Israeli occupation forces. Held in an Israeli prison since October 2020, Abu Atwan was placed under “administrative detention,” a tactic condemned by international human rights groups by which the Israelis kidnap and incarcerate Palestinians without charge or trial — indefinitely. 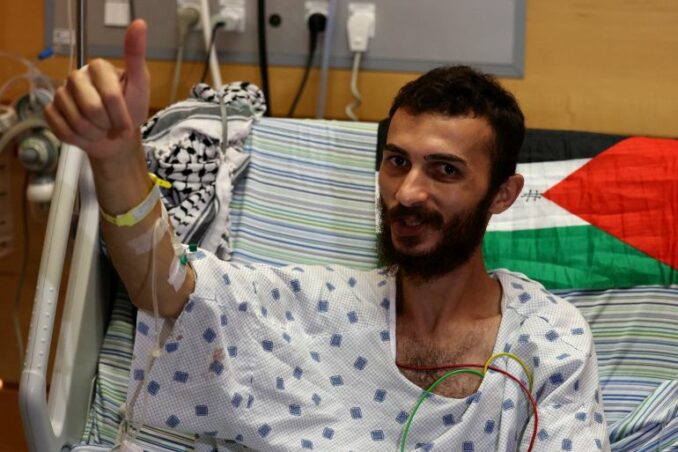 Ghandafar Abu Atwan celebrates his release after being transferred to a hospital in Ramallah.  Credit: Abbas Momani

On May 5, six months after his arrest, Israeli authorities extended Abu Atwan’s “administrative detention” period for another six months. No reason was given. That is when Abu Atwan launched his hunger strike.

The successful protest by which Abu Atwan won his release comes only months after Palestinian prisoner Maher al-Akhras staged a 103-day hunger strike and won his freedom from the same conditions.