Prisoners in solitary confinement who went on a hunger strike June 23 in the State Correctional Institution at Phoenix — Pennsylvania’s largest prison — ended their difficult struggle July 6 with a stunning victory. 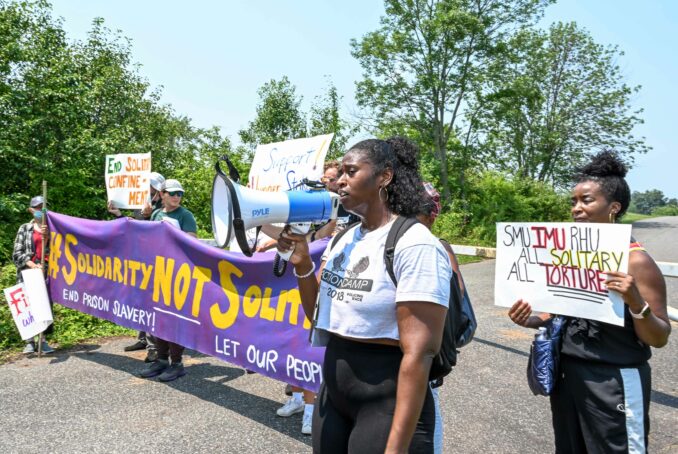 According to Levittown Now, more than 20 incarcerated people were demanding the Pennsylvania Department of Corrections (PA DOC) “acknowledge that they are being held in a currently undefined ‘intensive management unit’ (IMU) and provide a policy and guidelines in the department handbook for it; provide people being held in this unit with programming and mental health services; give incarcerated people a path out of solitary confinement; and end long-term solitary confinement in the state.” (July 2)

According to the Abolitionist Law Center, organizers celebrated three immediate wins: The day of the protest, PA DOC Secretary John Wetzel announced he was signing an agreement that everyone misconduct-free for a year will transition off the “Restricted Release List,” an indefinite solitary confinement program. Several hunger strikers were then transitioned from RRL. An IMU Handbook has been written and will be issued soon. (tinyurl.com/y5dr6cws, twitter, July 7)

A state bill, HB1037, which would prohibit the use of solitary confinement for certain groups like pregnant women as well as people younger than 21 years old or older than 70, was introduced in the Pennsylvania state legislature in March. The proposed law would also restrict the length of solitary confinement for all people to no more than 15 days, as recommended by the United Nations. (tinyurl.com/ptfm6u34)

Prolonged solitary confinement is a form of torture that has long-lasting, detrimental effects on mental health. It is cruel, inhuman, degrading and racist.

The successful hunger strikers at SCI Phoenix are an example of how solidarity can win in the global struggle to end solitary confinement once and for all!