President Biden is under intense pressure from activists around the country to abolish the federal death penalty after a state-sanctioned bloodbath marked the end of his predecessor’s first and only term. President Donald Trump went on a killing spree and had 13 people legally lynched in the last six months of his presidency between July 2020 and January 2021. Prior to those executions, there had not been a federal execution since 2003. 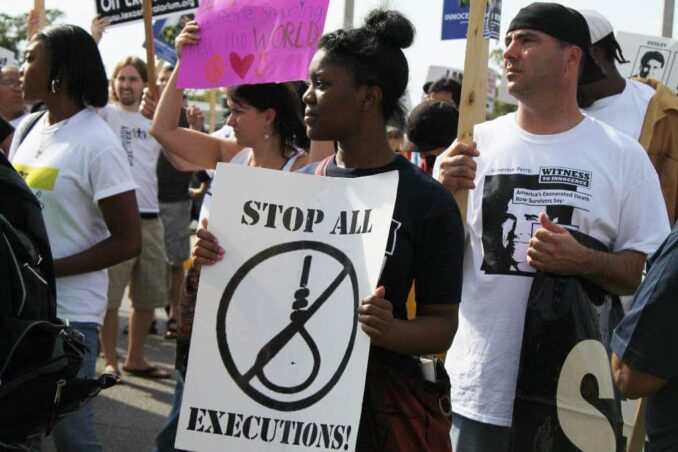 Protesters march on the Texas State Capitol building at the annual 2011 March to Abolish the Death Penalty.

“The pace of [Trump’s] federal executions has no historical precedent,” said Robert Dunham, executive director of the Death Penalty Information Center, in a press release Nov. 30, 2020. “The last time more than one person was executed during a transition period takes us back to Grover Cleveland’s first presidency in the end of the 1880s.”

Among the executions Trump carried out was that of Lisa Montgomery — the only woman on death row — and Navajo Nation citizen Lezmond Mitchell, despite formal protests by the Navajo Nation and even the prosecutor who had convicted Mitchell.

Trump’s federal killing spree did not happen until term’s end because of difficulty in procuring the necessary lethal injection drugs. According to Reuters, it took three years to establish a supply chain to assemble the poisonous cocktail for the lethal federal injections. (tinyurl.com/hw5xhbnb)

It has been difficult for the U.S. government to procure drugs for executions in the 21st century, largely due to opposition from European activists. Michael Tarm reported on these events for the AP on June 18: “[p]harmaceutical companies in the 2000s began banning the use of their products for executions, saying they were meant to save lives, not take them. . . .

“Some states have refurbished electric chairs as standbys for when lethal drugs are unavailable. On June 16, South Carolina halted two executions until the state could pull together firing squads. To the disbelief of many, Arizona went so far as to acquire materials to make cyanide hydrogen — the poisonous gas deployed by Nazis to kill 865,000 Jews at Auschwitz — for possible use in the state’s death chamber.” (tinyurl.com/292fy2tj)

Biden is the warden of “Imprisoned Nation”

President Biden is not just silent or “dragging his feet” on his campaign promise to end the federal death penalty. The Biden administration has already insisted to the Supreme Court that the federal death penalty be reinstated for Dzhokhar Tsarnaev, 20 years old when arrested for his role in the 2013 Boston Marathon bombing. (tinyurl.com/u42ywcbs)

Biden is offering no more than a suspension that can be ended when the next president takes power. A moratorium or suspension of federal executions does not mean anyone’s life has been or will be spared.

Even if Biden doesn’t order a single execution, he leaves the death penalty as an option in the future, effectively handing his successor a loaded gun. Even to argue for its use as a consequence for “the worst of the worst” crimes still means the U.S. capitalist state — not the people of the U.S. — is deciding what constitutes “the worst.”

“State-sanctioned murder is not justice, no matter how heinous the crime. President Biden has repeatedly expressed his opposition to the death penalty and has the historic opportunity to finally bring an end to this inhumane, racist and flawed practice,” Pressley said at a Feb. 4 press conference. “I am deeply disappointed that the Department of Justice would move in conflict with the President’s stated policy position and abandon promises made to voters.” (tinyurl.com/rnmxhcz8)

Prior to his campaign promise to abolish the racist death penalty, Biden helped write the infamous 1994 crime bill that added 60 federal crimes for which a person could be put to death. (Workers World, Jan. 18) 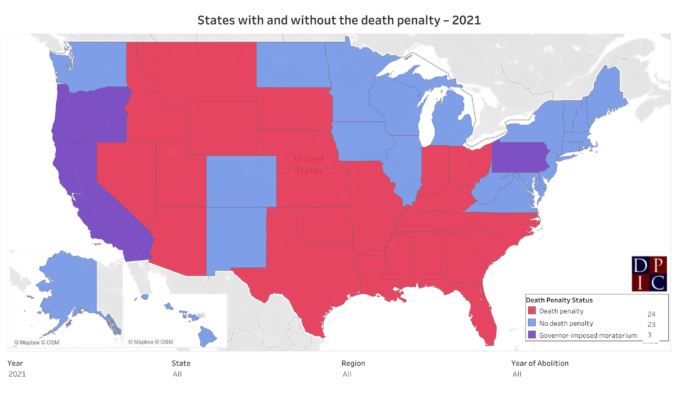 Throughout U.S. history, the death penalty has disproportionately targeted Black people and other people of color, poor people, those suffering from trauma and people who are intellectually disabled.

The death penalty mutated from the rope to the chair to the needle, based on Indigenous genocide and enslavement of African people on stolen land. The death penalty persists, despite it being no deterrent to crime and despite the legal system condemning innocent people so often. A government guilty of such crimes against humanity does not have the moral authority to kill anyone.

In 2009, a landmark study concluded that 88% of the country’s leading criminologists do not believe the death penalty is an effective deterrent to crime. That June, Amnesty International wrote: “Scientists agree, by an overwhelming majority, that the death penalty has no deterrent effect. . . . States without the death penalty continue to have significantly lower murder rates than those that retain capital punishment.”

Public support for death penalty has now reached the point where the majority of people in the U.S. oppose its use. (deathpenaltyinfo.org/)

Support for the death penalty and its actual use has dramatically declined over the last decade in a number of states. The places where it persists are in the U.S. South, largely in states where Black Reconstruction efforts were beaten back murderously by racist counterrevolutionaries.

Virginia made history this year as the first former Confederate state to abolish the racist practice via their state legislature. This is a huge step forward.

But no one state can rescue every prisoner from a state-sanctioned murder. Only the U.S. president has the power to commute every death sentence with a single stroke of a pen. 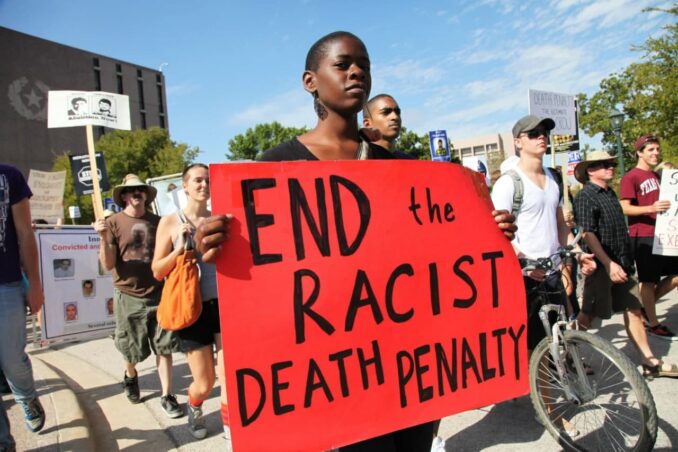 Abolish the life sentence and the death penalty!

The abolition of the death penalty is one necessary step in dismantling the entire prison industrial complex. But it must be remembered that many thousands of lives are cruelly taken on “slow death row.” Over 200,000 people are currently in prison after being sentenced to life without parole — in other words, they are sentenced to die by way of prison conditions. At least 2,715 people have died since March 2020 after contracting COVID-19. (tinyurl.com/6hpbr395)

The Prisoners Solidarity Committee of Workers World Party demands that the Biden administration take immediate action to abolish not just federal executions, but to abolish the death penalty nationwide. There is no acceptable “middle ground” position to take on a matter of life or death.

Crissman and Kelly are co-editors of Tear Down the Walls weekly coverage for Workers World.