During LGBTQ+ Pride weekend, Sha’Carri Richardson blazed to victory in the 100-meter dash in the U.S. Olympic Track and Field Team Trials in Eugene, Ore. On June 26, the 21-year-old track star flashed past other runners with a time of 10.86 seconds — just over one second behind the top time of legendary sprinter Usain Bolt — who tops out at a foot taller than Richardson! 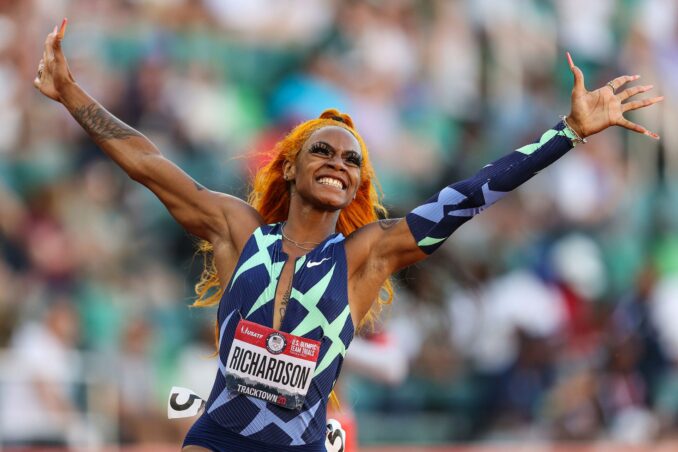 Richardson’s time in an earlier 2021 meet made her the sixth-fastest woman ever to run the distance in competition. Her social media posts have included a rainbow emoji and message about celebrating Pride month. After becoming an Olympian, she credited her girlfriend with choosing her vibrant orange hair color so that she seemed to be “running on fire” to victory.