June 27 — The Biden administration took extra steps to prove that President Joe Biden’s summit with Russian President Vladimir Putin included no concessions. In both words and deeds, last week’s events indicated a resumption of the Cold War — this time not against the Soviet Union but against capitalist Russia. 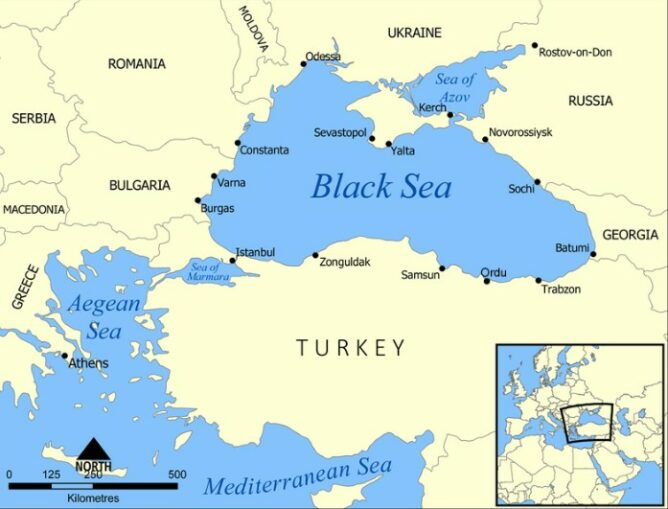 First, the words. Jake Sullivan, Biden’s national security adviser, said on Fox News Sunday that “President Biden communicated to President Putin that there would be costs and consequences if harmful activities against the United States continue.” (New York Times, June 20) Sullivan failed to provide any proof of Russia’s role in “harmful activities.”

Only days later, the deeds. British warships in the Black Sea sailed within two miles of the Russian coast near Crimea — where Russia bases its Black Sea Fleet. Russian patrol boats threatened to fire, and Russian planes buzzed the warships. The British claimed they were defending freedom of the seas.

In response to the British provocations, Deputy Foreign Minister Sergei Ryabkov told Russian news agencies that, “We can appeal to common sense, demand respect for international law, and if that doesn’t work, we can bomb.”

Crimea was part of Russia until 1954, when Soviet leader Nikita Khrushchev ceded the peninsula to the Ukrainian Socialist Republic, when Ukraine was part of the Soviet Union. At the time, the mostly symbolic transfer had no impact on the status of the naval base at Sevastopol and little on the condition of the population of Crimea, who were mainly Russian speaking.

When a right-wing coup seized Ukraine with imperialist aid in 2014, Russia, which had continued to use the naval base since the end of the Soviet Union, held and won a referendum among the Crimean population and took the peninsula back. Since then the imperialists have used Russia’s seizure of Crimea as a pretext to impose sanctions and threaten Russia’s military.

A 12-day Black Seas naval exercise called Sea Breeze 2021, led by the U.S. Navy, has followed the British provocation. In total, 32 countries are involved either as participants or observers. The 32 include many NATO members and U.S. client states Egypt, South Korea and the United Arab Emirates.

According to the U.S. Navy, the exercise will involve over 5,000 troops, 32 ships and 40 aircraft. This exercise has been held annually since 1997. This one is co-hosted by the Ukrainian Navy and the U.S. Navy’s Sixth Fleet. (Defense News, June 21)

These military exercises are really war provocations meant to put pressure on Russia. They follow on the heels of Defender Europe 21, which rolled tens of thousands of troops and tanks toward the Russian border.