The June 17 ruling by the Supreme Court of the United States, in Fulton v. Philadelphia, represents a bigoted attack on the rights of LGBTQ2S+ people. 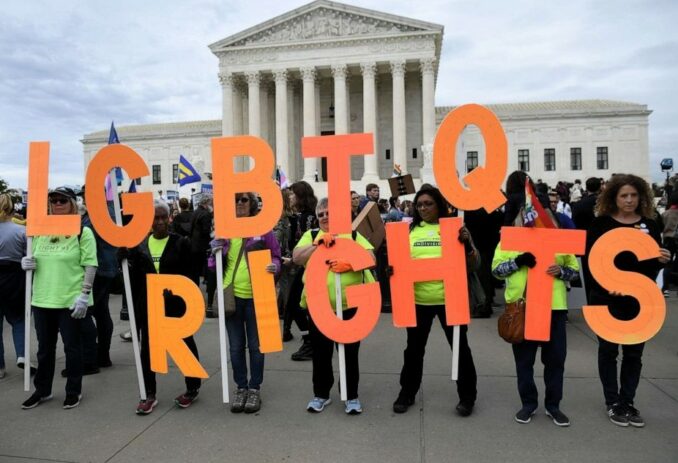 In Philadelphia, discrimination on the basis of sexual orientation is illegal; the city is barred from contracting with companies or agencies that discriminate. In 2018 Philadelphia ended its contract for placing children with foster parents with Catholic Social Services, due to its stated refusal to provide services to same-sex couples. The contract was not to be renewed unless CSS ended its discriminatory policy.

When CSS sued — joined by three foster parents who supported its backward stance — a lower court ruled in favor of Philadelphia, saying its policies did not violate the “free exercise of religion” clause in the First Amendment. The church-based agency argued its faith-based belief that “marriage is a sacred bond between a man and a woman” could not legally be used by Philadelphia to end its relationship with CSS. The city’s foster placement process normally involves cooperation with private agencies it contracts with. (supremecourt.gov)

The SCOTUS ruling — which was unanimous, meaning the three “liberal” justices concurred — countered the lower court, stating Philadelphia’s nondiscrimination laws had a clause allowing the city to make “exceptions.” The high court ruled CSS was therefore entitled to an exception, based on “free exercise” under the First Amendment.

In other words, legal language barring discrimination becomes null and void when that discrimination is carried out under the cover of “religious freedom.” This religious loophole is routinely used to deny basic civil rights to LGBTQ2S+ communities. In this case it harms children waiting for a foster home.

While this decision’s impact is limited, because it’s specific to Philadelphia’s “exception” allowance, it opens the door to more far-reaching SCOTUS actions upholding bigotry. Three of the most right-wing judges — Samuel Alito, Amy Coney-Barrett and Neil Gorsuch — wrote a minority opinion complaining the ruling was “a wisp of a decision that leaves religious liberty in a confused and vulnerable state.” (The Hill, June 17)

The history of Christianity does not support the position of CSS, which is run by the Catholic Diocese. The Catholic Church would have the public believe that same sex couples were denied recognition since the church’s inception, based on religious belief in the “sacred bond.” This myth was exploded by John Boswell’s groundbreaking 1994 work, “Same Sex Unions in Pre-modern Europe.”

The book “proves that for much of the last two millennia, in parish churches and cathedrals throughout Christendom from Ireland to Istanbul and in the heart of Rome itself, homosexual relationships were accepted as valid expressions of a God-given ability to love and commit to another person, a love that could be celebrated, honoured and blessed both in the name of, and through the Eucharist in the presence of Jesus Christ.” (Irish Times, Aug. 11, 1998)

Before the arrival of settler colonialism, Indigenous cultures acknowledged many genders and partner relationships.

The court is really validating the long history of patriarchal misogyny and anti-LGBTQ2S+ oppression — rooted in private-property relations and continuing under European medieval feudalism, settler-colonialism, chattel slavery and capitalism — which both church and state have an ugly history of upholding.