Slow death row. A silent execution. These are some of the names given a relatively new sentence option in the U.S. criminal legal system — life without parole.

LWOP sentences a person to spend the rest of their life incarcerated with absolutely no possibility of ever being released. The person will never leave prison alive.

LWOP is now being used in record numbers in the U.S. This type of sentence began in the 1980s, when the “war on drugs” was a popular ploy of racist politicians. The punitive sentence had no relationship to deterring crime or drug use. 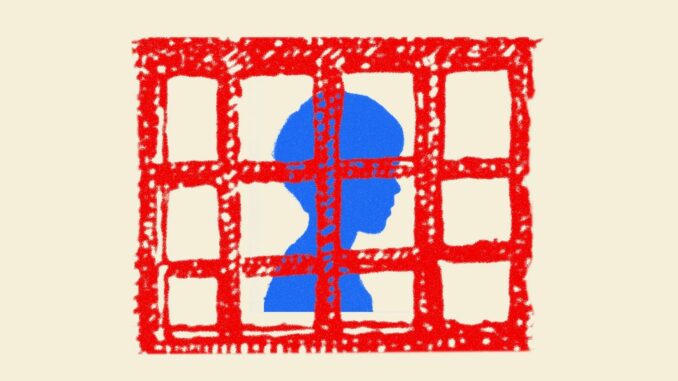 Unfortunately, many liberal anti-death penalty organizations have fought for LWOP as a way to decrease capital punishment.

Life sentences without parole are “virtually unheard of elsewhere in the world,” said Ashley Nellis in her February 2021 study for The Sentencing Project, a nonprofit advocating for shorter prison terms. (tinyurl.com/5a84xx9s)

Nellis found that “imprisonment beyond 20 years is a predominantly American phenomenon.” LWOP sentences are steadily replacing the death penalty across the U.S. Almost 56,000 people countrywide are now serving sentences that will keep them locked up until they die, an increase of 66% since 2003.

According to Witness for Innocence, since the death penalty was reinstated in 1976, 185 men and women from 28 states have been exonerated and freed from death row, through the intense scrutiny which capital cases typically receive. This raises questions about the number of life sentences that may have resulted from wrongful convictions. (witnesstoinnocence.org/facts)

The Death Penalty Information Center reports: “Around 2,500 prisoners currently face execution in the United States. The national death row population has declined for 18 consecutive years, as sentence reversals, executions and deaths by other causes are outpacing new death sentences.” (tinyurl.com/2fntudct)

Though LWOP sentences are displacing capital punishment, the legal defense is weak for those facing such a sentence. Only 11 states have minimum qualifications for lawyers who represent working-class and poor people facing a lifetime behind bars, according to the nonprofit Sixth Amendment Center. (tinyurl.com/2s9pzvzn)

Most states have no standards for such representation. Someone just out of law school could represent a LWOP case in Illinois or Nebraska. In California, a third of those imprisoned are serving some form of life sentence, but minimum qualifications apply only in death penalty cases.

In 2003, the American Bar Association updated its guidelines to say that lawyers defending people facing the death penalty should have extensive criminal trial experience, have knowledge of death penalty case law and hire investigators and mental health experts. But the new standards do not apply to life without parole cases. (tinyurl.com/2768x9bv)

When it comes to life without parole, “the idea that you would treat these cases like you would treat other felonies is somewhat incomprehensible to me,” said Pamela Metzger, director of the Deason Criminal Justice Reform Center. “The sentencing stakes are so high and often irreversible. People facing life have far fewer chances to appeal than those facing capital punishment, and their cases draw far less scrutiny.” (themarshallproject.org, May 22)

“Prosecutors have gone wild with life-without-parole sentences — but in particular for marginalized people,” said Brandon Garrett, Duke University law professor. Garrett’s study of North Carolina found that more than 60% of the prison population serving life without parole were Black. (tinyurl.com/48a2fm8b)

In a 2018 Scalawag Magazine article, Lyle C. May wrote, “Life without parole is silent execution.” May is on death row in North Carolina. He gives examples of crimes that resulted in life without parole: stealing a $159 jacket, shoplifting two cameras from Walmart, serving as the middleman in a $10 sale of marijuana. (tinyurl.com/vs9zp2v)

May emphasizes that whether it’s liberals who oppose the death penalty or prosecutors or defense attorneys who favor life without parole: “All would rather wash their hands of and ignore the deeper societal problems rooted in crime — racism, poverty and mental illness — maintaining that there are some prisoners who deserve no mercy.

“LWOP obscures the more insidious issues of prosecutorial, judicial, jury and police misconduct, as well as ineffective counsel. Beyond a cursory direct appeal, there is no indigent defense attorney assigned to noncapital cases. Without the in-depth case analyses made by appellate defenders, as they are in capital cases, many appealable issues are never discovered or developed, including innocence.”

Life without parole is death. LWOP must be abolished along with the death penalty and prisons. We can and should make progressive changes in the current criminal legal system, while working for the abolition that will take place once capitalism and all its ills have been overthrown.