Since the Northwest Detention Center in Tacoma, Wash., opened in 2004, detainees and their families, civil rights activists and the community have protested the inhuman conditions from the use of solitary confinement to tainted meals. The monthly demonstration and vigil will be held there at 1623 E. J St., Sunday, June 13, from 12:30 to 3:30 p.m. 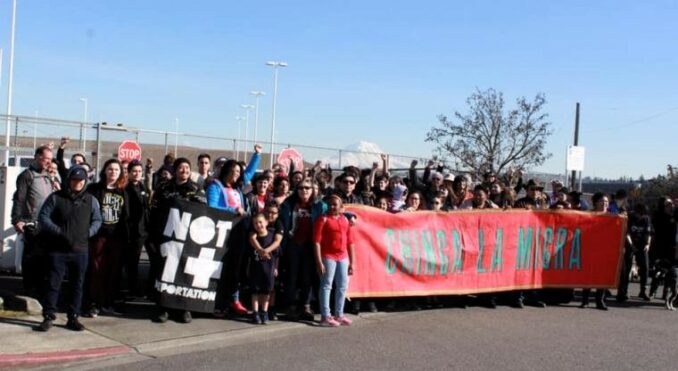 NWDC Resistance is a grassroots organization that works to end the detention of immigrants and stop all deportations.

Immigration and Customs Enforcement detainees there have been unnecessarily exposed to COVID-19. GEO Group operates the detention center, which is slated to be shut down by 2025 under recently passed state legislation banning for-profit prisons.

Demands include: End the transfer of ICE prisoners released from Washington and Oregon state prisons to the Northwest Detention Center. Stop sending prisoners to the Center from the border and throughout the country! Shut down the NWDC before its contract expires in 2025! No to a failed immigration policy that follows the policies of Trump’s regime! Open up visitation rights to prisoners’ families and supporters!