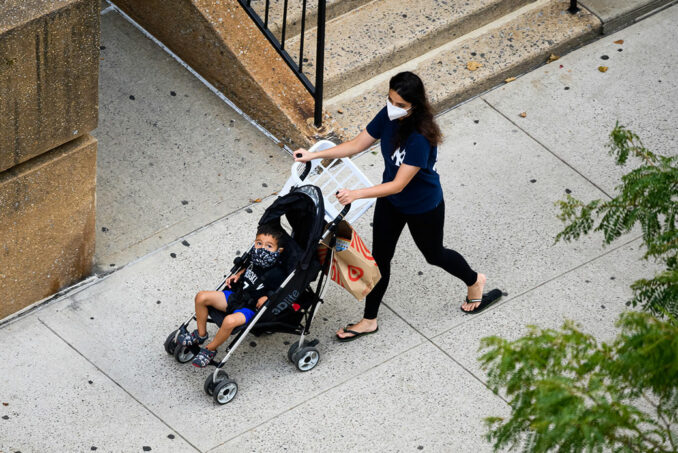 President Biden interrupted a long weekend at the Delaware shore to claim credit for the 559,000 new jobs which the Bureau of Labor Statistics reported the economy added in May. He admitted to some bumps in the process, but said: “In short, this is progress — historic progress — progress that’s pulling our economy out of the worst crisis it’s been in, in 100 years.”

Some of the “bumps” are major. He admitted that 18 million people in the United States still have to confront hunger, even though the big business press no longer has images of long lines at food banks and pantries.

Biden extolled the “recovery” benefits of $1,400 that went to 167 million people, which propped up their purchasing power and let them pay for “food, rent, utilities, car payments, student loans and health care expenses.” But he didn’t raise the eviction threats hanging over the heads of millions of families.

The president pointed out that the “boost in unemployment benefits” provided by the federal government — $300 a week over and above state unemployment — was ending in 90 days.

While Biden wanted to claim a lot of credit, he ignored a lot of problems, such as lingering high unemployment, low wages and the threatened loss of housing. All this suffering disproportionately impacts Black, Brown and Indigenous communities, women and gender-oppressed people, people with disabilities and LGBTQ2S+ people.

Even with the boost in employment — 559,000 jobs is indeed a big increase — the economy is still down about 7.5 million jobs from the beginning of the pandemic. It will be late next year before the economy fully recovers at this rate of job growth.

According to the Economic Policy Institute, 4.5 million workers have had their hours and/or pay cut because of the pandemic; 3.2 million are unemployed but misclassified, and 3.9 million have dropped out of the labor force. (tinyurl.com/5fu5kj22)

Many people who have dropped out of the labor force are women, who have taken on caregiver roles. They are helping their children with remote learning or providing support for ill family members, or afraid they could transmit or catch COVID if they have a face-to-face job.

Even when in-person school is restored, many women will be unable to find affordable childcare for children too young for school. It has become obvious that lack of government-organized childcare penalizes parents and has an especially negative impact on women and gender-oppressed parents who would otherwise seek work.

Biden has allocated $39 billion to childcare relief, but it will be months before this program is up and running. Although 204,000 women returned to the workforce in May, according to the BLS report., it is not guaranteed that this trend will continue.

Women are a major portion of workers in leisure and hospitality. Restaurants have built their business model on paying servers $2.13 an hour, supplemented with tips. But during the pandemic some of their staff, who had been out of work, found jobs in warehouses and retail that paid $15 to $18, with additional benefits — still inadequate, but much higher than server pay. So now the workers are broadly demanding higher wages to go back to restaurant work.

In response to this demand, the governors of 25 states, all Republicans, have either stopped or announced that they will soon stop disbursing the $300-a-week federal supplement. This is ill-thought-out cruelty, because workers spend this money provided by the national government in local economies to lift themselves out of poverty.

The governors and their capitalist cronies hate the idea that the working class can survive without working — although the capitalists, who are parasitic, have grown rich on work done by others.

Perhaps in some states, the combination of federal and state unemployment benefits was more income for many workers than they had received from minimum wage jobs. If true, that’s a strong argument for raising those states’ minimum wage rates, not for cutting the supplement.

Legally, it’s far easier to evict someone than to foreclose on a delinquent mortgage.

Congress has passed bills supplying both renters and homeowners with financial assistance to stay in their homes. According to CNBC as of the end of April, at least 20 states had no program to distribute the $40 billion allocated.

The Centers for Disease Control and Prevention, using its authority in the midst of the COVID-19 crisis to set national public health policy, imposed a moratorium on evictions and foreclosures that is set to expire June 30. A U.S. district court recently held the CDC’s order as unconstitutional, yet it is still in force while the CDC appeals. Various states and municipalities also have moratoriums.

Housing and Urban Development Secretary Marcia Fudge in a May 8 interview on National Public Radio’s “All Things Considered” indicated that HUD was aware of the deadline and the deficiencies of the states’ responses and was taking steps to remedy them.

Throwing millions of families into the streets is not only a recipe for a social explosion. It would also be a major blow to the U.S. financial system, worse than the speculative bubble in 2008.