In the struggle of the Palestinian people for self-determination and against Israeli occupation, a new stage of resistance seems to be emerging. 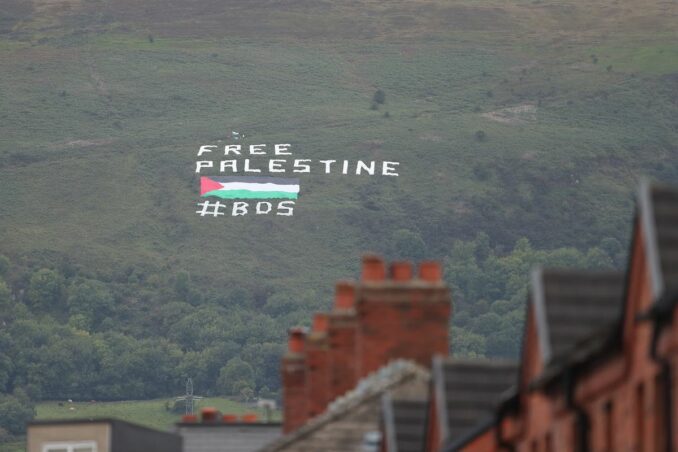 On May 10, the U.S.-backed Israeli Defense Forces began another genocidal bombing of Gaza, Palestine territory, which under occupation has become an enormous open air prison.That latest assault was retaliation for Palestinian resistance, for neighbors trying to stop illegal Zionist evictions of Palestinian families in Sheikh Jarrah, a neighborhood in East Jerusalem. At the same time, Israeli police raided Jerusalem’s Al-Aqsa Mosque during the Eid Al-Fitr prayers signaling the end of Ramadan for millions of Muslims around the world.

Then, May 18, ten of thousands of Palestinian workers throughout the occupied territories staged a general strike to protest the Israeli evictions and assaults. As forces in Gaza fired rockets in self-defense against Israeli bombing, Palestinians inside and outside Israeli-enforced borders acted together in a powerful show of unity. The strike pressured the Israeli state to call off its genocidal attacks.

This May 18 was the 72nd anniversary of the Palestinian Nakba, when in 1948 Israeli military forces drove 700,000 Palestinians out of their homes into exile and destroyed hundreds of towns and villages, in order to form the state of Israel.

Within a week of the general strike, Israel retaliated against the strengthened resistance by ordering mass arrests of Palestinians who are Israeli citizens. Police raids began May 24 under operation “Law and Order,” a plan approved by Minister of Internal Security Amir Ohana and Commissioner of Israeli Police Kobi Shabtai.

Palestinian citizens of Israel, who make up 20% of the population, have shared warnings of the Israeli mass arrests on social media: “This is a declaration of war. The Israelis will storm more than 500 homes to kidnap our children and youth. This is not just an attempt at intimidation, and it is not just a policy of intimidation. This is an unprecedented war on Palestinians at home, and it will be carried out under the cover of a humiliating silence. Our people must act now and immediately to thwart this war. The whole world must be shaken now.” (middleeasteye.net, May 24)

According to Al Jazeera, Israeli police say 1,550 Palestinians living in Israel have been arrested since May 9. (tinyurl.com/7rwvjkvz)

But Palestine is not alone. People around the world have been out in the streets in solidarity, and others are fighting for institutional and governmental support for Palestine.

In Ireland, the City Council of Belfast passed a motion June 2 supporting the expulsion of the Israeli ambassadors from both Ireland and Britain. The motion described Israel’s assaults on Gaza as the “ongoing ethnic cleansing of Palestinians” and pointed out that “illegal settlement expansion represents flagrant breaches of international law.” It cited a growing list of human rights groups which say that Israeli policy amounts to apartheid and crimes against humanity. The Belfast motion follows calls in the Irish parliament to impose sanctions on Israel. (middleeastmonitor.com, June 3)

Meanwhile, more than 1,000 Canadian artists and workers signed an open letter of solidarity with Palestinians living under Israel’s military occupation. The letter denounces Israel for its “apartheid and settler colonialism” and calls for Canadian cultural institutions to support Palestine through the Boycott, Divestment and Sanctions (BDS) campaign by ending cooperation with Israeli-sponsored art and cultural activities.