A cross section of Cleveland area community activists turned out May 31 to express solidarity with the family of 18-year-old Vincent Belmonte, killed Jan. 5 by East Cleveland cops. Police stopped him while he was driving his partner to work, chased him and shot him in the back of the head. They then smeared Belmonte’s character, portraying him as a carjacker although he was driving a borrowed car.

Belmonte’s killer Larry McDonald, whose nickname is PacMan, is known as a “dirty cop” with a violent reputation. 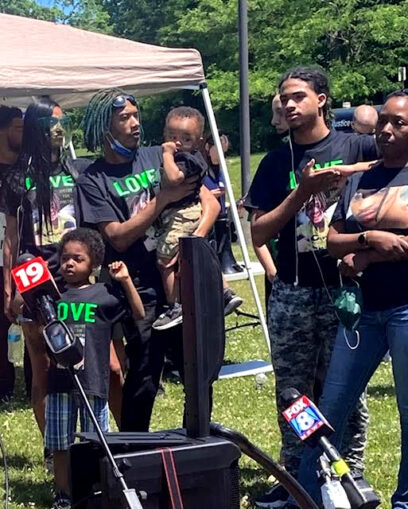 Members of the Belmonte family and their attorney — and members of other families whose loved ones were murdered by Cleveland and local suburban police — all gave powerful statements at the rally and along the route of the march that followed. Some plugged Safer CLE’s ballot initiative effort to create an independent body to monitor police misconduct.

The rally site was chosen for its proximity to the place where unarmed Malissa Williams and Timothy Russell were chased by 62 patrol cars from Cleveland and five other local police departments Nov. 29, 2012. In the infamous “137 shots” incident, they were murdered in a hail of bullets fired into their vehicle. 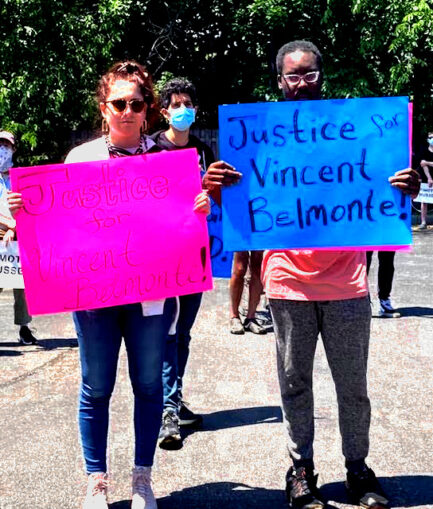 Witnesses to the May 30, 2020, violent Cleveland police attack on a demonstration demanding justice for George Floyd spoke about their experiences one year ago.

The crowd stayed engaged, in part thanks to local Black Lives Matter activist and candidate for Cleveland City Council Aisia Jones, who chaired the rally.