One year ago, May 26, 2020, the video of George Floyd’s murder by Minneapolis police officer Derek Chauvin sparked months of intense global struggles which have kept the movement against police brutality and for racial justice on the front burner. Despite Chauvin’s conviction, since his trial began March 29, police murders of Black and Latinx people continue at over three per day.

One hundred years ago, between May 31 and June 1, 1921, mobs of white residents attacked, set afire and destroyed the Tulsa, Okla., Greenwood District, at the time one of the wealthiest U.S. Black communities. The 1921 Tulsa Race Massacre, which was covered up for decades and omitted from history books, is now recognized as one of the worst acts of racial violence in U.S. history.

Over 300 Black people were killed. And with the destruction of the Greenwood District, 10,000 were left homeless. The only living survivors of the massacre — Viola Fletcher, 107; Hughes Van Ellis, 100; and Lessie Benningfield Randle, 106 — testified last week in favor of a congressional bill allowing them to seek reparations.

At the hearing Fletcher said: “I will never forget the violence of the white mob when we left our home. I still see Black men being shot; Black bodies lying in the street. I still smell smoke and see fire. I still see Black businesses being burned. I still hear airplanes flying overhead. I hear the screams.” 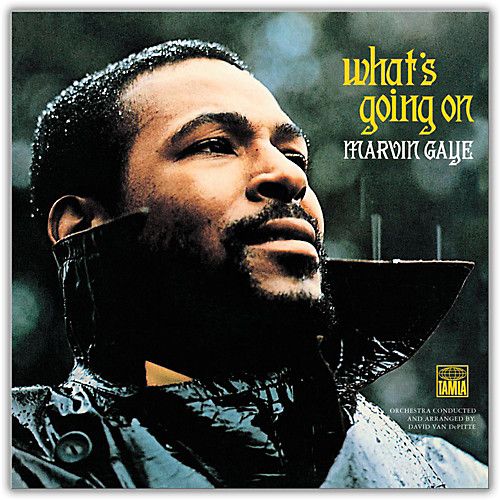 Between these two milestones in Black history came the release 50 years ago, May 21, 1971, of Motown legend Marvin Gaye’s “What’s Going On,” named “greatest album of all time” by Rolling Stone magazine last year. The album was released during a historic period rocked by community rebellions in major U.S. cities, frequent protests over the U.S. war in Vietnam, demonstrations in support of the Black Panther Party and demands for social justice for women and LGBTQ+ people.

Including the title song, all nine album tracks connect without pauses and take on issues of racism, police brutality, war, the environment, drug addiction and social and economic justice in ways that still resonate, because they raise questions that remain unanswered. Fifty years after its debut, the album has found a new generation of appreciative admirers, many of them activists.

In the title track, Gaye’s refrains include: “Brother, brother — there’s too many of you dying,” and “We don’t need to escalate; you see war is not the answer.” Also “Picket lines and picket signs, don’t punish me with brutality.”

“What’s happening brother” starts with the lyrics: “Hey baby, what’cha know good. I’m just gettin’ back, but you knew I would. War is hell, when will it end?” The song opens with the background noise of a homecoming for a Vietnam veteran [Gaye’s brother Frankie who had just returned from the war]. Other lyrics say: “Can’t find no work, can’t find no job, my friend. Money is tighter than it’s ever been . . . I just don’t understand what’s going on across this land.”

“Mercy Mercy Me (the Ecology)” laments environmental damage: “Where did all the blue skies go? Poison is the wind that blows.” And later: “Radiation underground and in the sky. Animals and birds who live nearby are dying.” “Flyin’ High (In the Friendly Sky)” takes on drug addiction, already becoming an issue in oppressed communities.

In a track that could have been penned today, “Inner City Blues (make me wanna holler),” speaks of bleak economic times and social unrest in the 1970s. Gaye addresses economic injustices in refrains: “Rockets, moon shots, spend it on the have nots. Money, we make it, before we see it you take it.” And later: “Inflation, no chance to increase finance. Bills pile up sky high. Send that boy off to die” interspersed with the lament “This ain’t livin’; this ain’t livin’.”

Toward the end of the track, Gaye sings, “Oh crime is increasing, trigger-happy policing, panic is spreading, God knows where we’re heading. Oh, make me want to holler.”

Take some time, sit back, but listen to the entire album — only 35 minutes long. (tinyurl.com/y3stpttb)

Then, in Marvin Gaye’s memory, dedicate yourself to fighting for a socialist system, so that it won’t take another 50 years before his critical questions find answers.